Moving right along.  In this article we’ll be talking about the general track effects that we used in the series How to Mix a Hip Hip Vocal & Instrumental.  Here is a breakdown of what we have already discussed in this series:

With the specified delays we were targeting certain words in the verse and the chorus.  The idea was to add in some reverb and delay for space.  These effects were not meant to be obvious but rather subtle to help bring the vocals and the production together.  Wait, wouldn’t adding space separate things?  Yes it would but the production had some ambience built into it so by adding effects to the vocals we were able to contrast the production ambience helping the two live together in harmony. 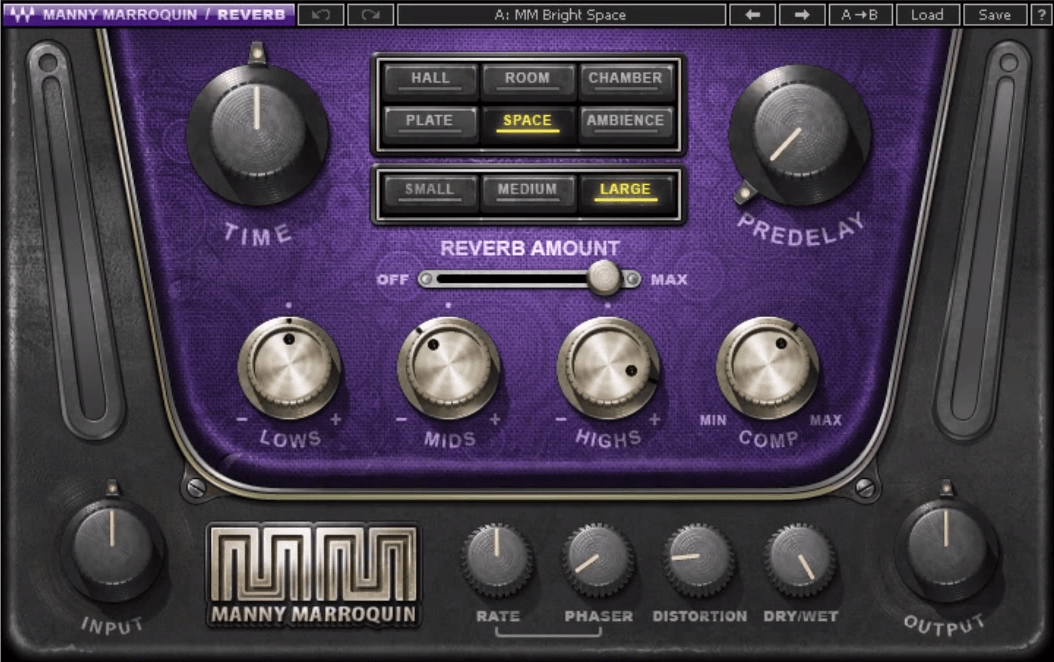 First thing I did was push all the different buttons to see what type of Reverb and size of reverb I wanted.  I elected to go with the Space and Large settings as it just sounded good to me and there is no other way to explain it.  I think when you are mixing a song the best thing you can do is trust your instincts.  You don’t always get it right, but when you do, it sounds effortless.

I didn’t go with any predelay is this case because for whatever reason it sounded better without it.  That said, like 90% of the time I will use the predelay, especially when it comes to vocals.

Mids – I pulled some of the mids out with the onboard EQ because it helped to place the reverb behind the lead vocals.

Comp – I pushed the onboard Compression pretty hard here because the lead vocals were very dynamic.  That meant that these dynamics were bleeding into the reverb unit so the compression was able to control that for me.

Phaser – Adding this phaser made the reverb a bit warped so the tail wasn’t so exact.  This helps when trying to wash it out or blend it into the background.  Compare this to focusing a camera lense. When you turn the dial and start focusing on the object at the front, the background starts to blur out, that’s exactly how I hear phasing on a reverb.  The reverb starts to blur out or become washy and the vocal becomes more focused.  But you still get that ambient sound without it sounding so literal.

Distortion – This was used to dirty up the reverb because the track sounded very dark and I was trying to stick with that theme. 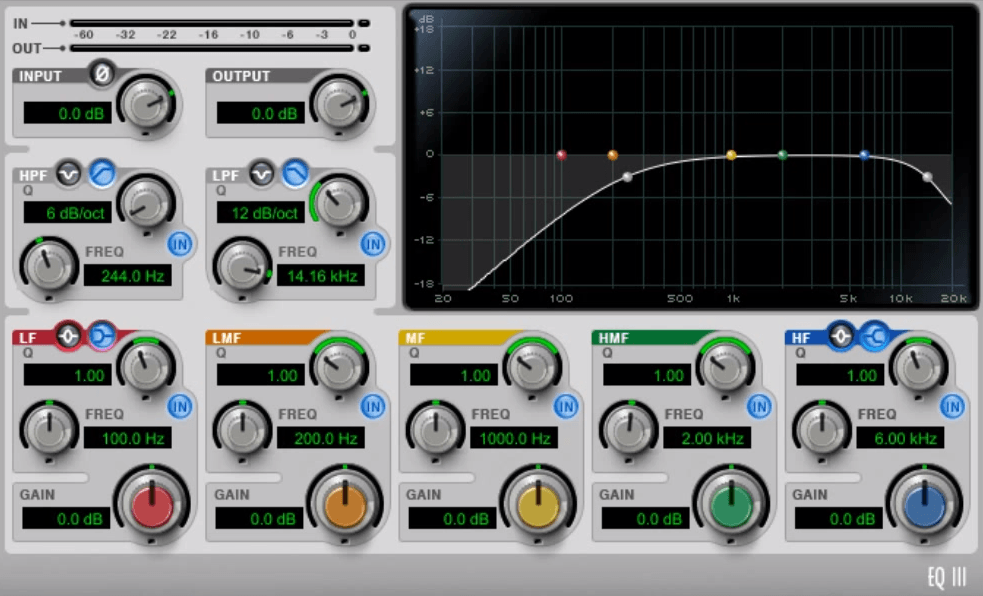 HPF – Set the Freq roll off to 244 Hz with a smooth slope.  I thought this particular EQ worked better then the Low Band EQ on the Manny Reverb.

LPF – cut out anything above 14 kHz.  Since there was such a significant boost with the Manny Reverb EQ, it added a lot of unwanted textures above 14 kHz. 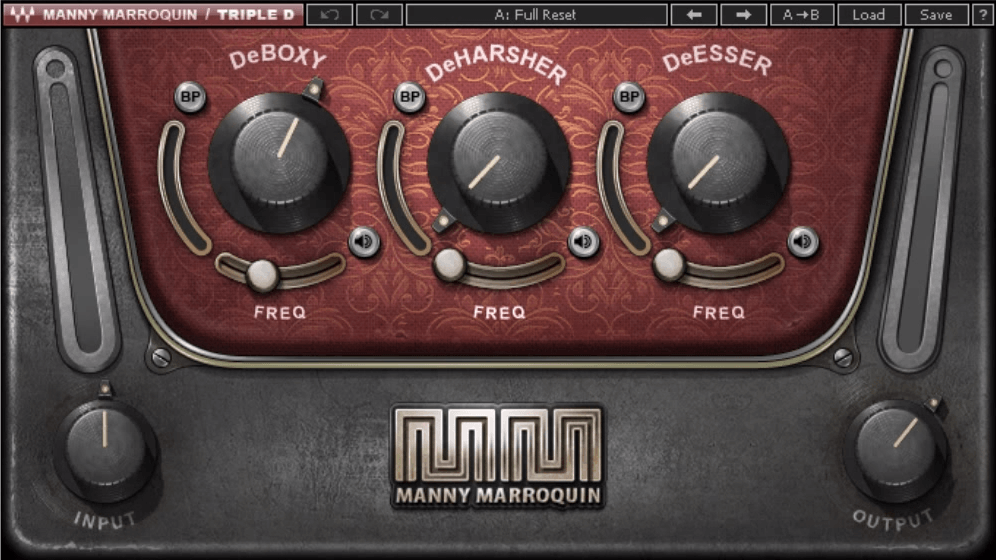 DeBOXY – This was the only section I used on the plugin.  There was some low/mid frequencies that were intermittent that I didn’t like.  This helped keep those frequencies at bay and keep the verb in the back. 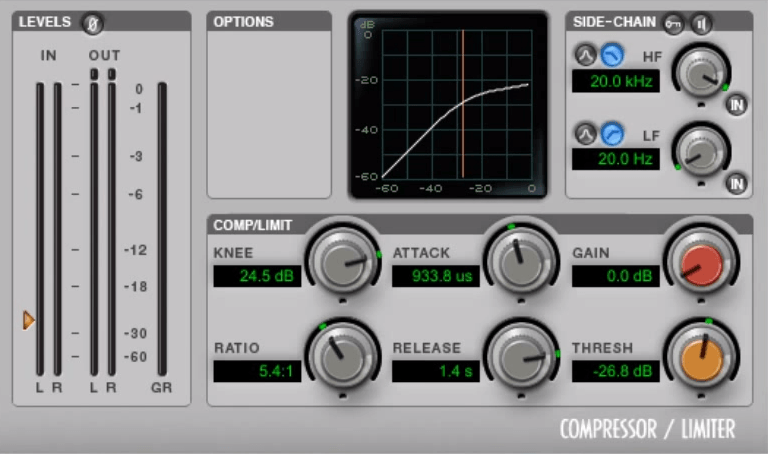 Added some more compression to the reverb just to flatten out the spikes.  The settings and reason for using the compression are the same as in the article on Specified Delays 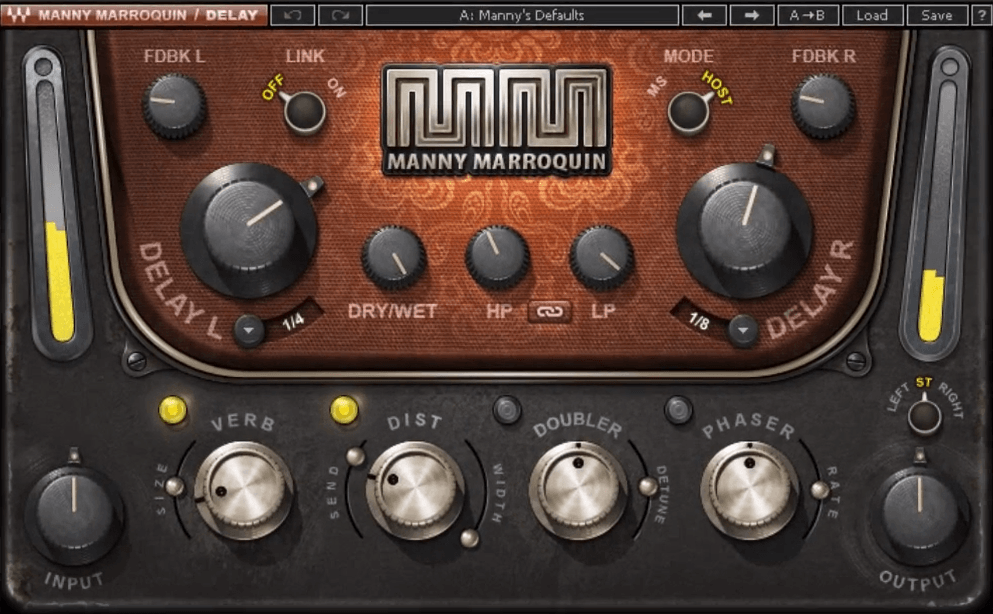 Delay – I used a 1/4 note on the left channel and an 1/8 note on the right channel.  The Dry/Wet parameter was set to 100% Wet so none of the original signal is passing through the output stage.

HP/LP – The HP is taking out everything under about 600Hz and the LP it just shaving a little off the top.

Dist (Distortion) – Adding some grit to the delays to keep them dirty and sound haunting. 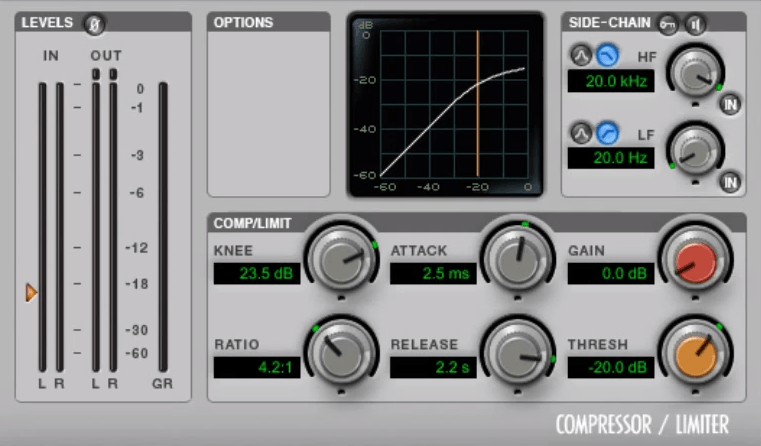 This is the final plugin I used on the delay Aux Channel.  Again I’m using a very fast attack and slow release to squash those peaks and keep those delays in check.

There are 4 different takes where Titor was yelling “my whole life” and “but all I”.  They were routed to a Bus where all four tracks were processed together.  The goal with these vocals was to make them very ambient and push them into the back using a lot of reverb.

The purpose of the Manny EQ was to shape the original tone so much that it sounded really small.  By making it small and then adding the effects afterwards, it helped push them to the back. 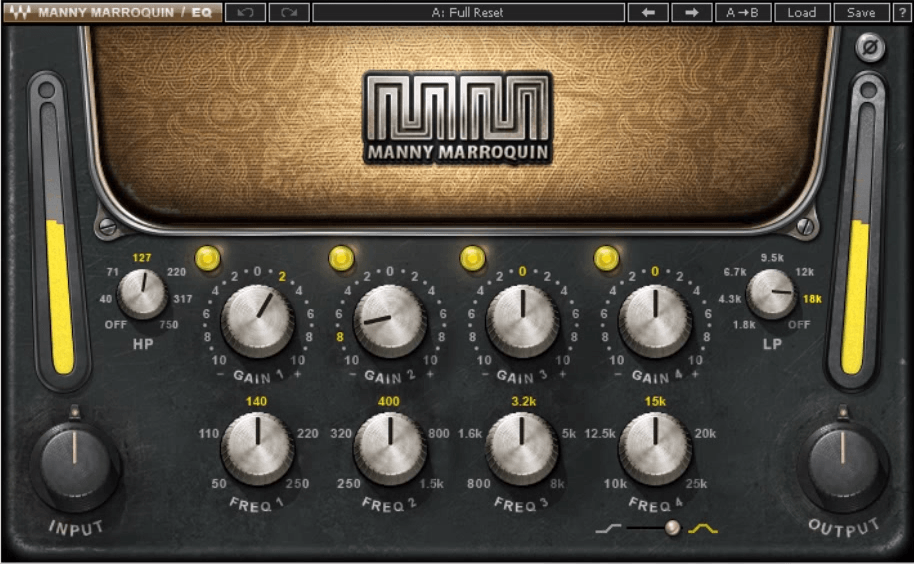 FREQ 2 – This was where most of the work happened.  An unorthodox cut of around -8 dB at 400 Hz  helped me get all the meat out of the vocal, creating a smaller sound and putting it behind the leads.   This was also the frequency where the lead vocals and production also occupied a lot of space.

LP – Because of the FREQ 2 cut, it seemed to bring out some harshness in the top end that I wasn’t thrilled about.  Setting the cut off to about 17 kHz helped relieve some of that. 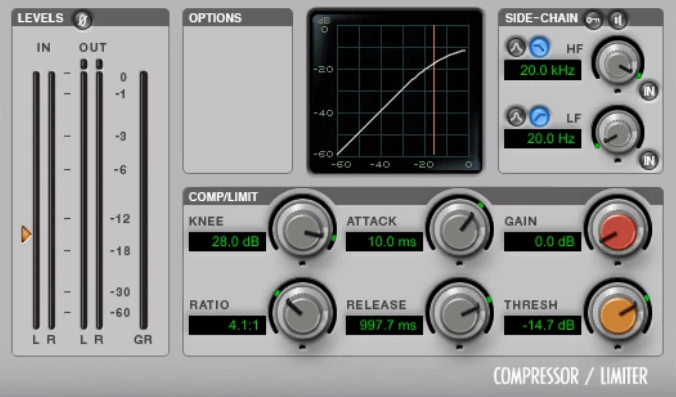 I went with a 10 ms attack and a fairly slow release.  The goal was let some of the original sound through and compress everything after it.  I was just trying to smooth out those peaks like a piece of sandpaper.  Find out about my compression sandy paper theory here.  I like a slower knee because I prefer the sound easing into the compression instead of hitting it so abruptly. 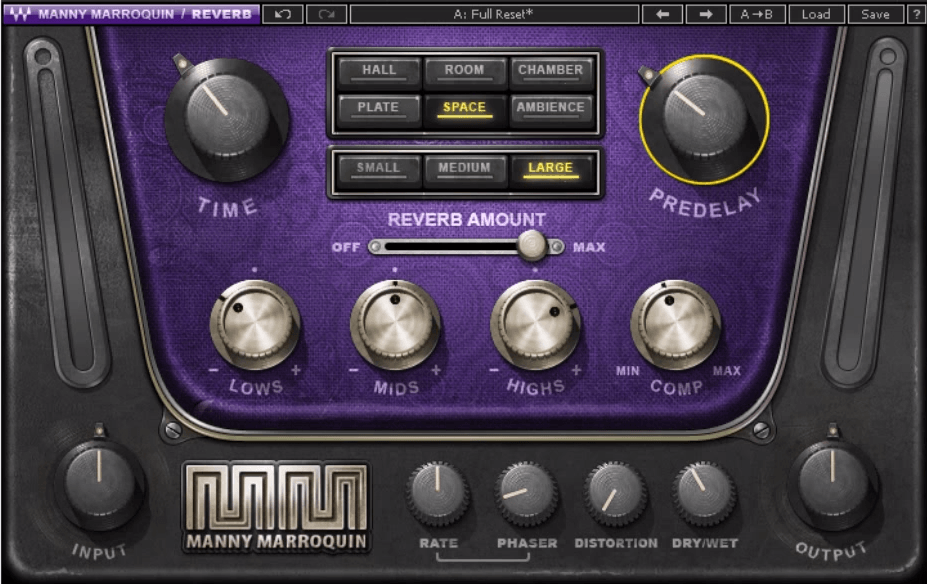 Type & Size – Just like the Reverb on the whole song, I used the Space and Large setting.  I just liked how it sounded on this track.

PreDelay – I used a predelay of 157 ms which is in time, if not, close to being in time with the tempo of the track

Comp – Again I pushed up the compression to help with any volume spikes in the reverb.

Phaser – I used a little of phasing to make the verb sound kind of washy and less consistent.

Dry/Wet – This time since the reverb was placed directly onto the track, I adjusted the DRY/WET knob until I got the right balance of dry and wet signal.  This allowed for the vocal part to sound in the back but still be some what intelligible.

So overall the delays and reverbs used where pretty much similar with small differences.  I wanted to get a coherent sound from the verses to the chorus.

The last and final article will be talking about the processing that went into the Master Bus as well as any Automation used in the track.

YouTube Video Source: Mixing a Hip Hop Vocal Into an Instrumental [Part 6 of 7]