For the chorus vocals, these are the tracks we will be talking about:

1. Chr 1 – Is panned to the centre
2. Chr 2 & 3 – Is panned left and right respectively
4. Dub 1 & 2 – These are the overdubs that accompany the chorus vocals and are panned Left and Right repsectively
5. Chorus – This is the Bus in which all the Chorus Vocals are run through. 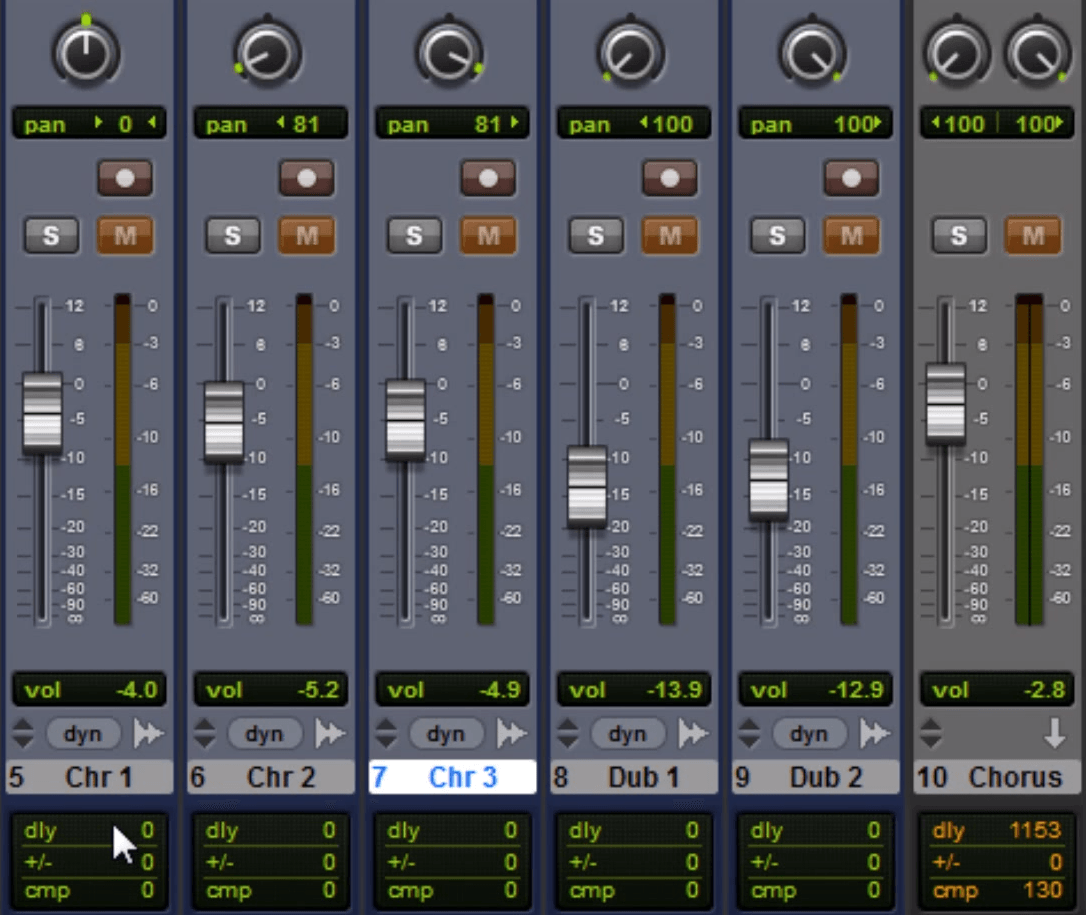 The idea here was the chorus vocals needed to be more aggressive then the verse vocals.  So as soon as the chorus came in you could feel the lift in energy.  There was also some tonal issues that needed to be dealt with.  The fact that there was 3 identical takes meant that the problems were magnified.  So let’s get into it.

In regards to Chr1, which was straight up the centre, no processing was added.  Any processing that occurred to this channel happened in the Chorus Bus which will be discussed further down in this article.

Manny Marroquin EQ
This plugin was used to to take out some bottom end and correct some midrange frequencies that were making the chorus sound boxy. 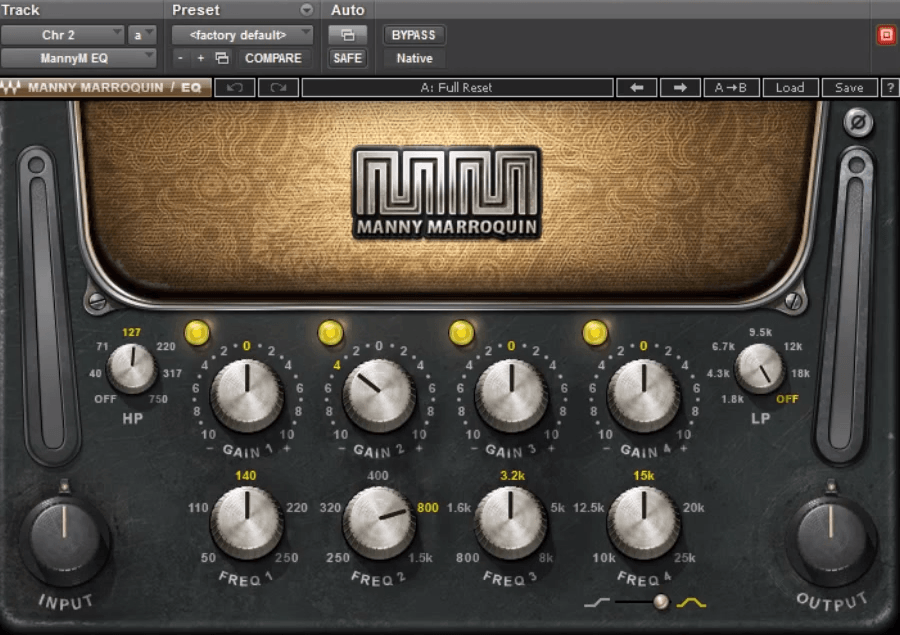 The settings on Chr2 were the exact same settings used on Chr 3.  The High Pass Filter was set to 130Hz, cleaning out all the bottom end that wasn’t needed .  A big 4dB scoop was pulled out at 800Hz, which opened up the chorus vocals and helped remove the boxy characteristic in the sound.

Once I got the balance that I was looking for and I finished EQing Chr 2&3, I routed all the tracks to the Chorus Bus.  This is where the collective processing took place.

Manny Marroquin EQ
I used this plugin first to correct some tonal issues.  I went for a slightly more aggresive sound in the upper mids but added a little bit extra in the bottom end to try and round them out. 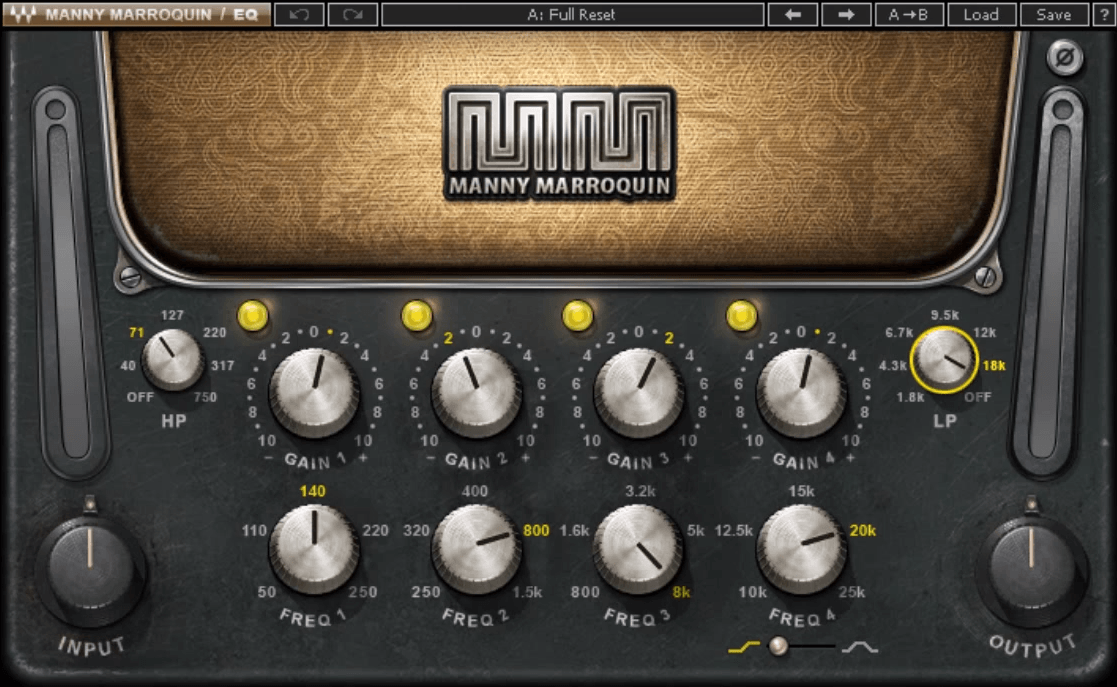 Manny Marroquin TRIPLE D
Like In Part 3 (Verse Vocals), it’s very hard to explain the settings themselves on this plugin because visually there isn’t any numbers to see.  The best thing to do is just go through each parameter and explain what I was thinking and what I was trying to achieve. 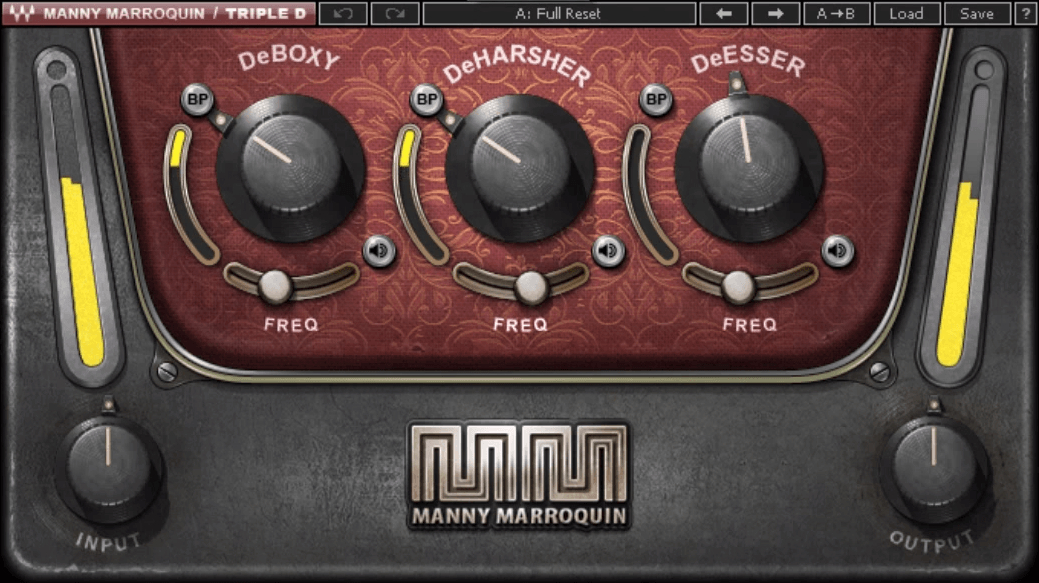 DeBOXY
I was piggy backing off of the Manny EQ with this plugin.  I pushed the Manny EQ as far as I thought I could without compromising the sound.  This is where the DeBOXY came in handy.  It allowed me to pull out those extra boxy peaks while still maintaining the character of the sound I wanted.

DeHARSHER
Because a lot of work was being done in the boxy area it brought out a little bit of harshness which needed to be tamed every once in a while.  Thank You DeHARSHER!

DeESSER
Lastly the DeESSER, which is self explanatory, was used to take out as much of those annoying Esses as possible.

Behind the initial transients, the vocals were just a bit chunky.  This means that they were taking up too much room in the mix and needed to be controlled to help fit them into the production.  Sometimes you can use a compressor to make a sound smaller to fit it into the mix.  Now I’m not talking about anything dramatic,  it has to be tastefully done to get it to work properly. 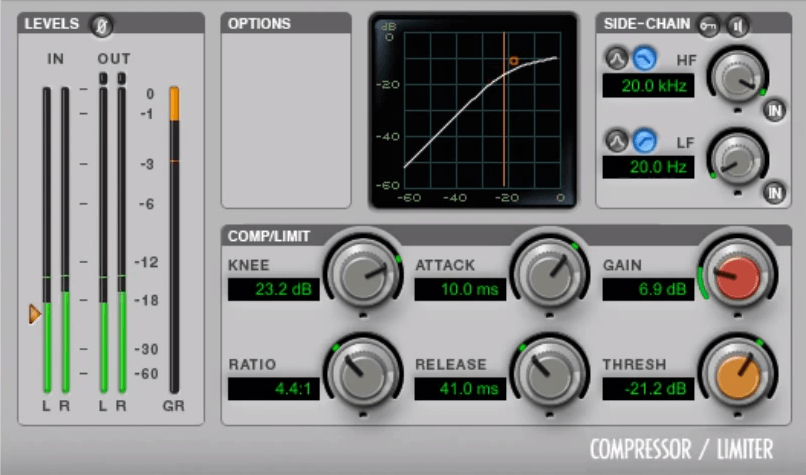 Again I went for a softer knee settig because I like how this compressor sounds when the track is massaged into it instead of hitting it abruptly.

I used a 4.4:1 ratio so I could get a bit more compression without having to hit the vocals so hard.

The attack was set to 10 ms so that those initial transients can come through.  I was trying to get rid of the chunkiness in the vocals and that sounded like everything after 10 ms.

Just like in the verses, the release was set to a point where I though it was working musically with the track and that’s why I have it set fairly fast at 41 ms

I added a decent amount of make up gain because between the Triple D and the Dyn3Compressor, I lost a bit of volume.

This was my last line of defense for the Chorus Vocals and was meant to grab any excess peaks that went outside the threshold (or range) that I set. 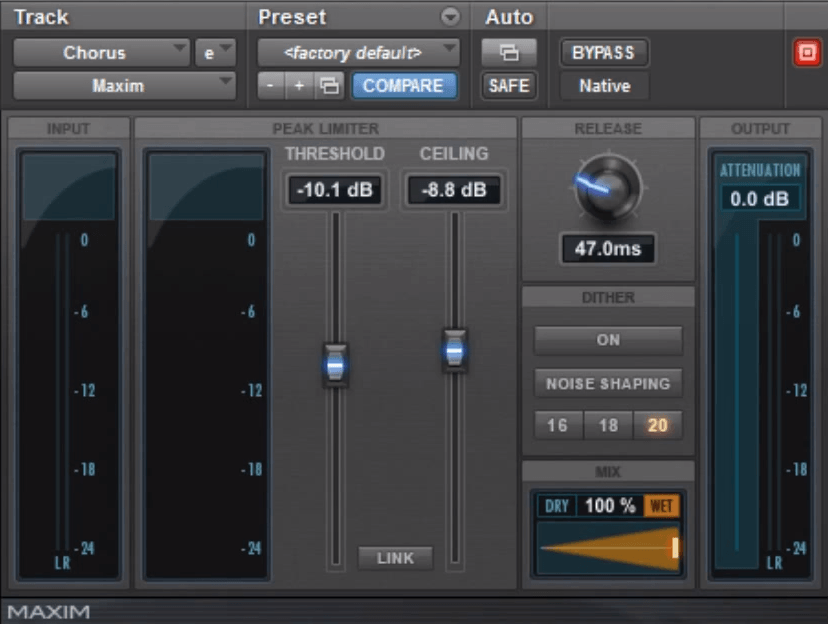 The threshold was set to grab a maximum of -2 dB to -3 dB of gain reduction.  The release was set fairly fast and just like the Compressor it is working in time with the vocals.

This is a prime example that not every track needs to have a plugin on the insert, to achieve the sound you want.  In fact the more grouping you can do and the less inserts you add, the better off you’ll be in the mixing process.  Of course every situation is different so use your inserts and your groups accordingly.

So in the next article we will be talking about the Specified Delays that we used through out the song.

YouTube Video Source: Mixing a Hip Hop Vocal Into an Instrumental [Part 4 of 7]