Welcome back to How to Mix a Hip Hop Vocal & Instrumental.   In this article we will be exploring what was done to the actual Instrumental while mixing this record.

So there were a couple issues with the beat that we needed to address but we had to be careful because the goal was to do the least amount of damage to the production as possible.  That being said the most important aspect of this record was, of course, the vocal.  That being said, we did have to sacrifice a little bit on the production.  This is very common because often times the producer puts a lot of effort into getting the production to sound just right, that it leaves very little space for the vocal to live.  As a result what ends up happening is over working the vocals to get them to fit into the production.  What we should be trying to do is limit the amount of processing  to the vocal or at the very least try and hide the processing so we can maintain a natural and pleasing sound. 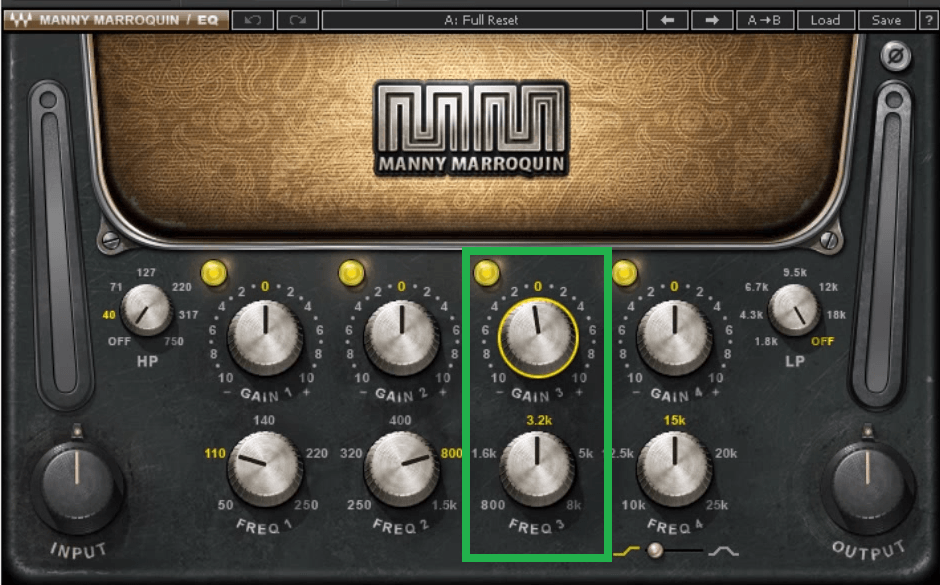 The only thing I did with this EQ was make a small cut of about -0.6 dB at 3.2k to help get the vocals to pop out a bit more.

EQ3 7-Band by Avid
I used this plugin instead of the Manny EQ because it allowed me more control over the frequency that I wanted to take out.  In this case I was able to manipulate the Q and hone in on the exact frequency I didn’t like, which is something you can’t do with Manny’s EQ plugin.  So it just comes down to using the right tool, for the right situation. 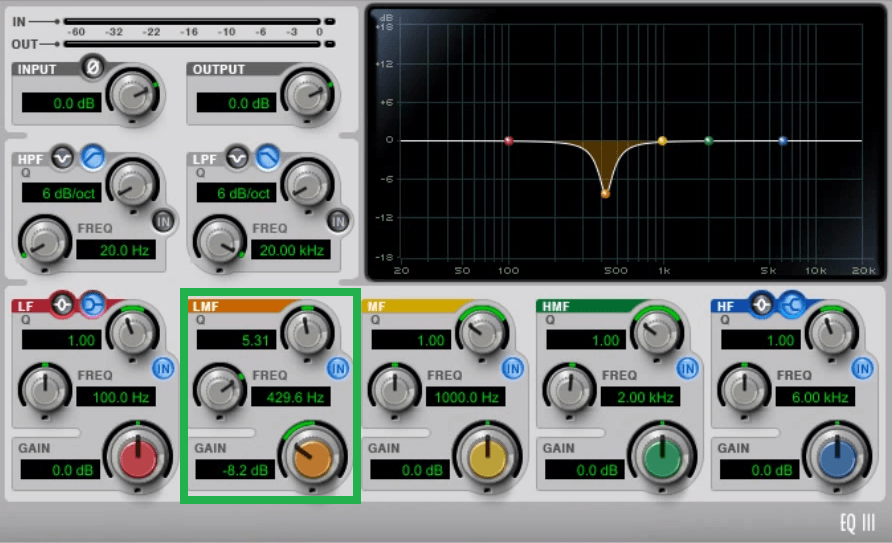 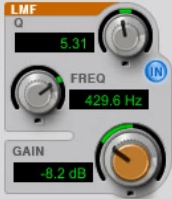 So with this EQ I pulled out -8.2 dB at about 430Hz using a Q of 5.31.  I felt the instrumental was a bit boomy/boxy in that region and also the vocals took up a lot of real estate in that area.  By cutting that frequency it allowed the beat to open up, the vocal became more intelligible and the two we are able coexist with one another in a more pleasing way.

Now just by looking at the EQ3 you might be thinking that it seems like a pretty dramatic cut.  Even listening to a before an after can sound quite different.  But you have to keep in mind that all these decisions are made while the balance was taking place.  Like I stated previously in this article, you might have to sacrifice a little bit to the production for the vocals to become the star and that is exactly what I did.

I needed to add a kick sample to this track because the original bass and kick shared a very similar frequency range with one another.  There wasn’t a whole lot of definition to the mid range of the original kick drum so I added a sample to help alleviate that.  If there isn’t enough mid range in the kick, what happens is it will get lost on small speakers and also when it’s played back at low volumes.  Now the bassline had a pretty nice synth line added on top (may have been part of the sound) so I didn’t really need to worry about that. 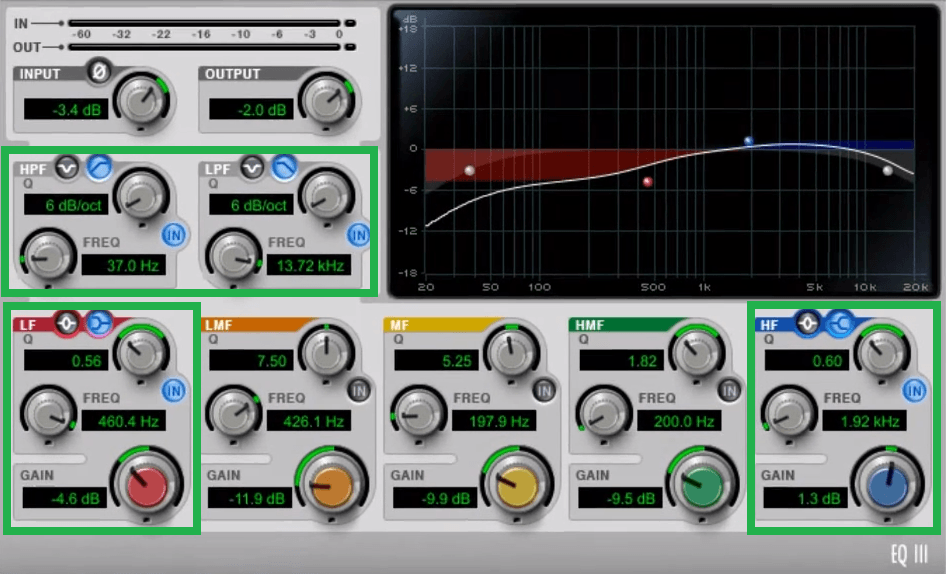 LPF/HPF – I used both the HPF (high pass filter) and the LPF (low pass filter).  With the HPF I used a 6dB/oct slope starting at about 37Hz just to get rid of the extreme low end in the kick.  With the LPF I used a 6dB/oct slope that started at 13.72 kHz.  There was just a bit too much top end in the kick that I didn’t like so this filter helped me get rid of it.

LF – With the Low Frequency band I chose the Shelf Filter, used a fairly wide Q and took out -4,6 dB.  This helped clear out even more of the low end in the kick, focusing our efforts on the mid and upper mid frequencies.

HF – I chose the shelf filter again for this High Frequency band and started boosting around 1.92 kHz.  I used a wide Q and made a lsight boost of 1.6dB 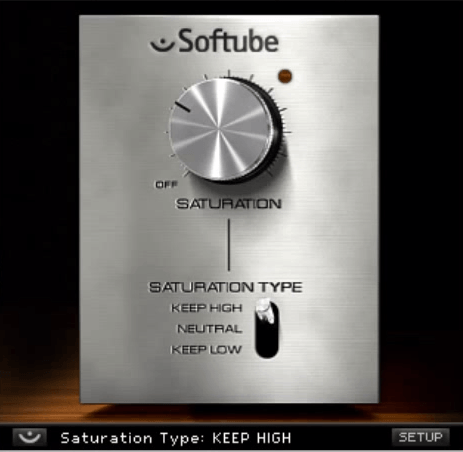 Softube Saturation Knob
This was really used to help define the kick a little bit more by adding in some harmonics.  I tried a couple other distortions,  including Manny’s distortion plugin but I felt this one did the best job.  It helped splatter the kick and get it out of the way of the vocal but it did so in a pleasing way, at least to my ear.

The beautiful thing about this plugin is that there aren’t very many options to choose from – only 2 settings.  I used the setting Keep High and set the knob to about 10 o’clock.  This was just the right setting to add more definition to the original kick but not get in the way of the vocal.

AIR Stereo Width
The sample itself was in stereo but was concentrated more towards the centre, so this plugin allowed me to spread it across the stereo field, moving it out wards.  As you can see the only setting used is the width knob and I have set it to 128%. 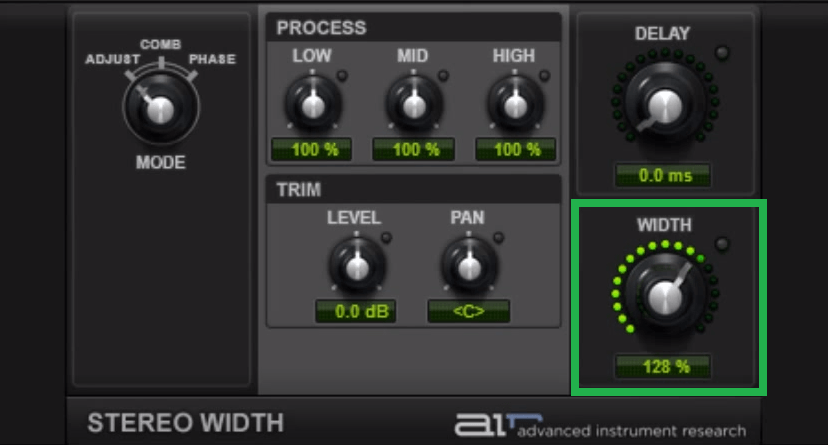 Avid EQ3 7-Band
With this plugin The goal was to open up the snare abit and also add a little bit of beef. 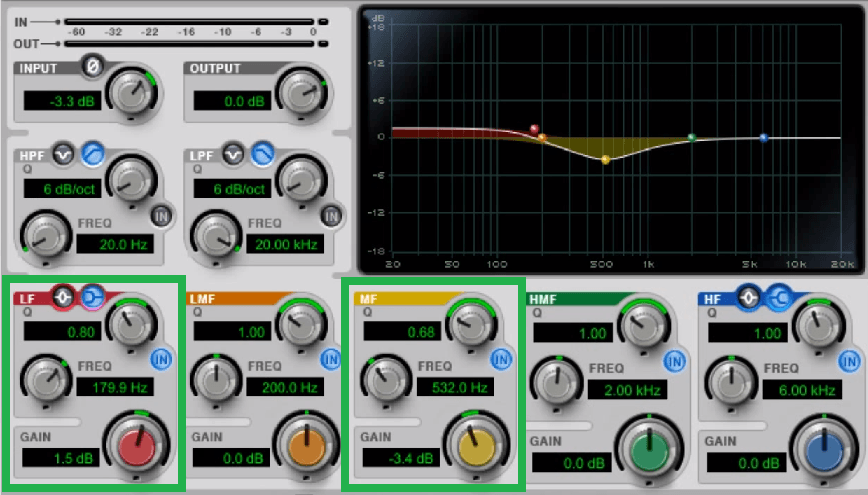 I engaged the Low Shelf frequency and used a fairly wide Q boosting 1.5dB at 180Hz.  Next I took out -3.4dB at 532 Hz and use a very generous Q to get this snare out of the way of the vocal.  The thing about this cut was that using a tighter Q just wasn’t getting the job done.  As I opened up the Q, the snare just seemed to fit better in with the rest of the track.  Hopefully it was undetectable as that was my goal.

Snare Chorus
This was the last sample that I added to the instrumental.  The purpose of this sample was to give the chorus a bit more energy compared to the verses.  I chose not to do any processing to this sound because I felt it sounded really good in context with the rest of the song.  The only thing I did was get the balance of chorus snare and the instrumental to a place where it didn’t stick out but still achieved my goal of adding more energy to the chorus.

It all comes down to how the vocal performance goes together with the production.  Sometimes you have to add and manipulate things to get it to work and other times it fits like a glove.

So the next article will be discussing the mix of the Verse Vocals.

YouTube Video Source: Mixing a Hip Hop Vocal Into an Instrumental [Part 2 of 7]