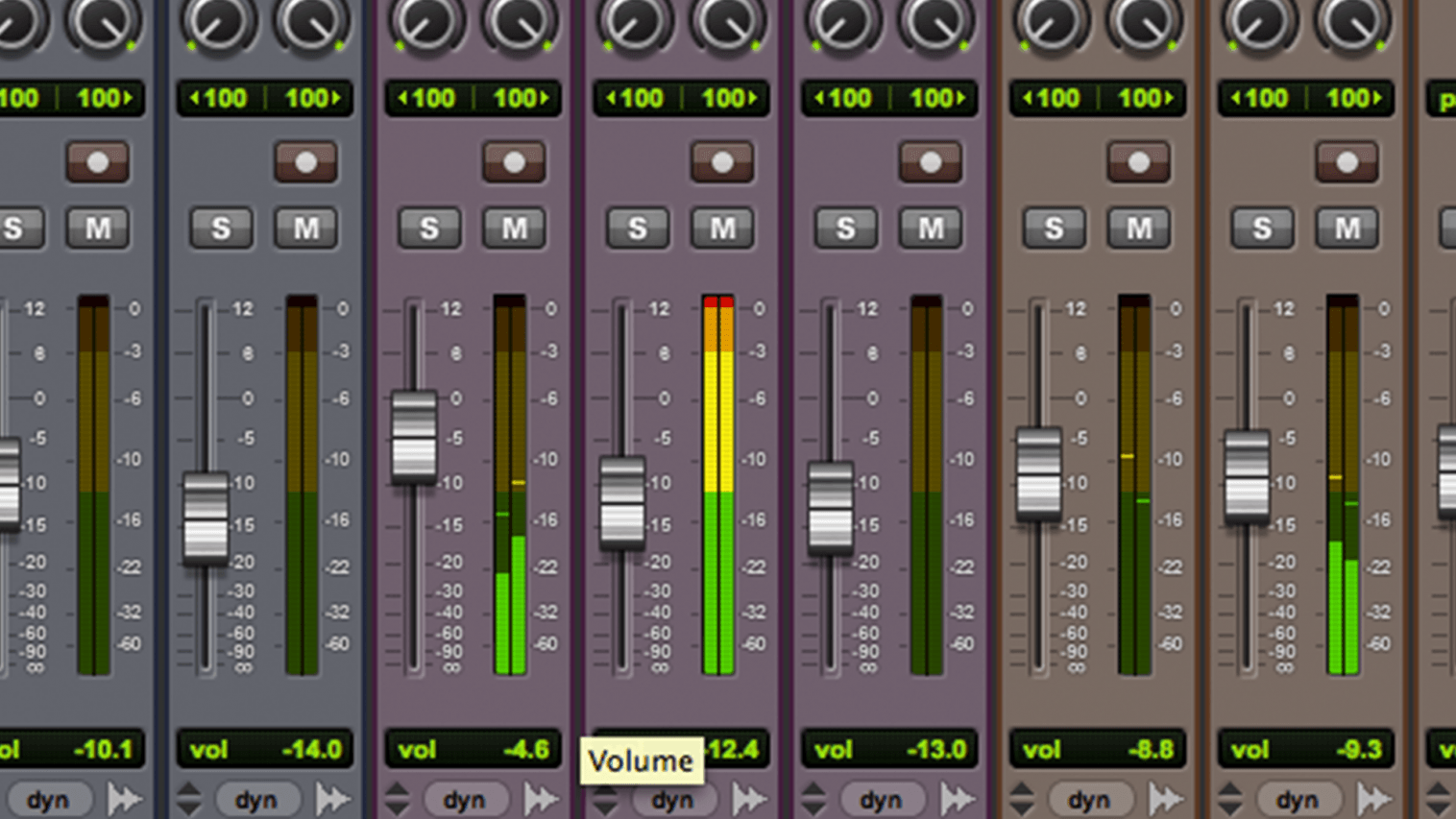 Why You Shouldn’t Care About Digital Clipping

I feel like this is a spread of misinformation.

In theory, yes, digital clipping is “bad” but in practice, it’s not that big of a deal. In fact, it can be a REALLY good thing. It allows you to push audio beyond its limits to get something you would not have been able to otherwise.

But before I show you why you shouldn’t care about clipping that much, let’s try and get an understanding of what it is.

What is Digital Clipping?

To not bore you with some long-winded technical spiel, I will give you the kindergarten version. Okay, maybe it’s not just to bore you but because I’m not a very technical engineer; everything I do is from feel and experience, so I’m not exactly the best person to explain this from a technical standpoint.

More technical knowledge over at Wikipedia

onto to what digital clipping is…

There’s only so much space that your audio files have.  You can keep turning the level up but at some point we are going to reach our maximum level and then this is where clipping would occur and the audio signal craps out (nasty digital distortion).

At that point, our nice round peaks that we worked so hard to achieve during recording start to square off.

The red line at the top and bottom represent the maximum level that the wave can reach before clipping occurs (0dBFS).  You can see that when a digital wave clips it is completely chopped (squared) off and isn’t forgiving at all.

In the analog world, clipping is a little bit more forgiving and tends to round the edges off. This means that the sound will be a lot less abrasive and in most cases, it does something nice to the sound.

Digital clipping is like slamming into a brick wall where analog clipping is more like having a bunch of mattresses in front of the wall to soften the blow.  Not the best analogy but you get the idea.

I’m a huge proponent of gain staging, which I practice on every mix and encourage everyone I teach to do the same. That said it isn’t uncommon to see some clipping in just about every mix that I do which you will see in my tutorials.

Digital mixing and recording have come a long way since the 16 bit days so clipping is almost irrelevant…almost!

In my opinion the only time you really have to be strict about headroom (when your mixing a song) is in 2 situations:

#1 When You Are Going Into Plugins

If you aren’t familiar with your plugins input and output stage you could be adding in some nasty digital distortion.  Although a lot of plugins now come equipped with over sampling and also analogue style output stages (pleasing distortion), it’s still good practice to leave a fair amount of headroom if you can.

#2 Coming Out of Your DAW and Going into Your Convertors

You almost never want to leave your DAW (via digital to analog conversion) while it’s slammed in that reds.  I just can’t think of a situation where that would be desirable as it leaves you vulnerable to making terrible mixing decisions based on the distortion you’re hearing. 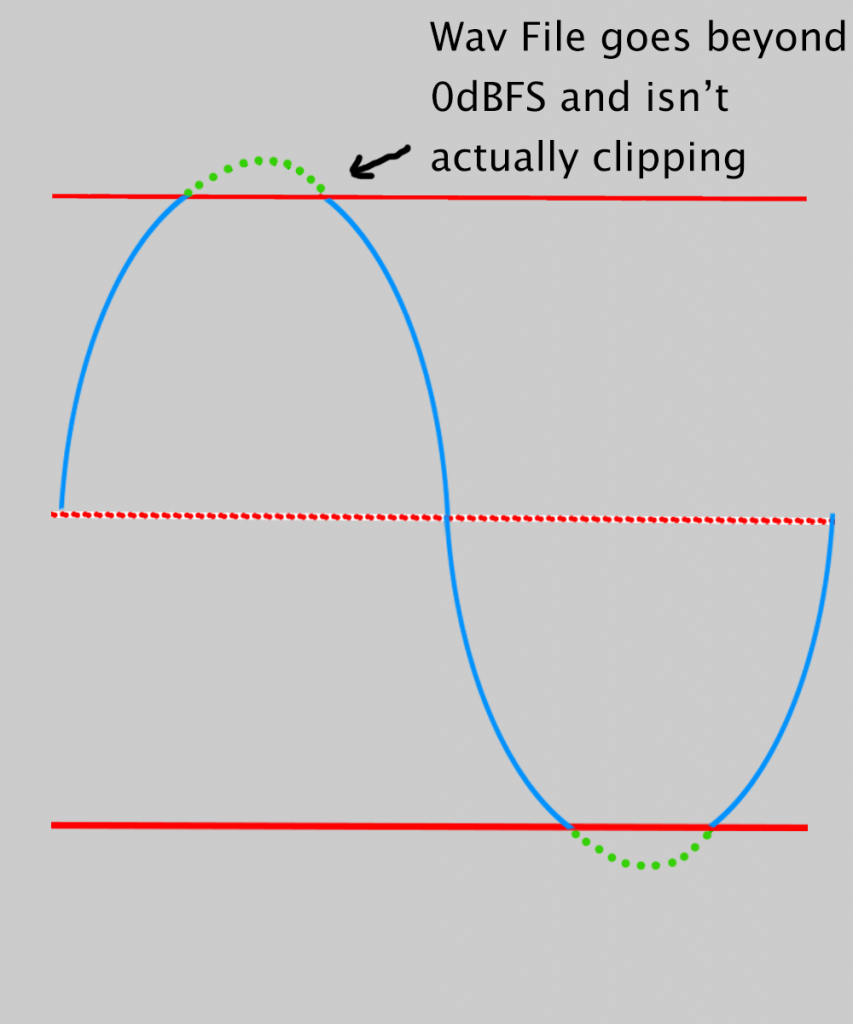 Floating point processing essentially gives you an infinite amount of headroom, as long as the audio stays inside the digital realm.  That means it’s impossible to clip your audio files inside Pro Tools (or whatever DAW you use). But if you aren’t careful, once the “clipped” audio leaves your DAW, you will hear the nasty effects of digital distortion.

If you aren’t sure if your DAW is equipped with 32 bit or 64 bit floating point, I wouldn’t worry as I haven’t seen one modern DAW without that capability.

Also there won’t be any need to convert your 24 bit files as your DAW will do everything for you internally and then convert it back at the output stage.

So next time you see one of your fader meters light up red, try to think of it as a warning that your signal has gone over 0dBFS and not that it is distorting – use your ears for that.  I am strictly talking about the channel faders and not the master fader of course.  If your master fader is lighting up red then that will be a problem for your convertors and your mixes.

Also, I do use clipping as part of my “mastering process”, which is separate from what I do while mixing.  If you want to see that technique and how I apply it to mastering, please click here.

So How Should I Approach Digital Clipping Then?

The first thing you should do is eliminate the thought that clipping is pure evil because it isn’t. Digital clipping is kind of like getting sick (not terminally), you want to avoid as much as possible but when it happens it might be a good thing – i.e., Time off work or maybe a reason to avoid the in-laws ;).

Here’s a quick statement on what Phil Tan thinks about clipping.

A little red here or there – That’s not going to hurt nobody.  If you start to hear, things crap out then that’s a bad thing.

The quote starts at about 47:35 and if you scroll back from there a bit you will seem some of his faders clipping.

When Phil Tan is working on a mix, do you think he sits there and stresses over ever peak in his session?  Probably not.

I think it’s safe to say that he just focuses on making the record sound good.  If something does clip than it only becomes an issue if it affects the sound negatively.

Some Reasons Why My Meters Clip

I don’t set out to clip my faders but when it does happen, I’m not usually bothered by it.

I find that when I’m clipping it’s either from some sort of parallel compression technique or because I am really trying to drive a plugin’s input or output.

When I am using parallel compression, I am usually pushing the compressor to its limits and it’s not uncommon for it to start hitting the reds. A lot of times I won’t adjust the output because the plugins output is meant to distort (analog style) and I want that colour added to my track(s).

Another time is when I drive a plugin’s input stage (like the HoRNet SW34EQ) to give it some of that Analog color, it tends to push the output up into the reds. Again I would normally just leave it and only adjust if I feel like it is adding something negative to the sound. If another plugin is coming after then I would either adjust the input of the new plugin, so it’s not clipping, or I would adjust the output of the plugin that is causing the clipping. It ultimately just comes down to whichever method sounds and works the best.

By the time it all gets mixed together, you shouldn’t see any red lights on your mix buss, if you do that is probably a good indication that you need to start adjusting some faders to compensate for that.

Remember digital clipping only becomes a problem with certain plugins and when you are leaving the digital world.  It’s definitely better to err on the side of caution but if you see the odd red light here or there, that’s okay.

The best thing to do is listen to the track in question.  If you hear unpleasing digital distortion being added to your track, than correct it.  If you don’t, just leave it.