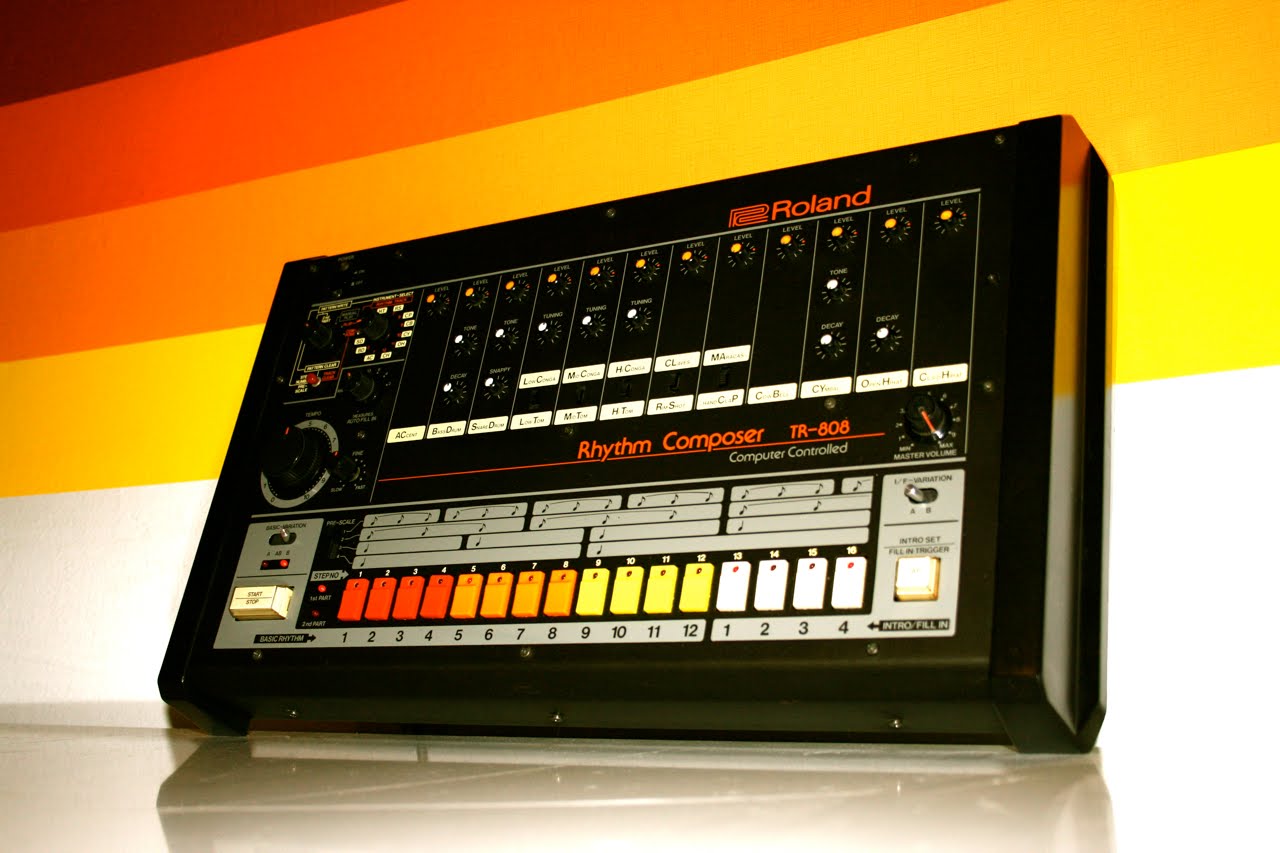 Ahh, the wonderful world of 808’s and how to get all of that low end to fit in between the speakers.

Who doesn’t like their cones pushing massive amounts of air, right?

Make no mistake about it; the 808 is going to take up a significant amount of room in between the speakers and it’s your job as the producer or engineer to maintain that energy without sacrificing any of the bottom end.

So how do we do that?

Start Being Picky About Your Samples

This is something that seems to get overlooked a lot, but truth be told it is the starting point. Your starting point is an excellent indication of where you are going to end up and this is why it’s best to start off the best you can.

If you don’t take care in choosing good samples than your production and your mixes will not take care of you. Period.

The biggest mistake I hear in 808 sample selection is that the sample is either too low, to begin with or the producer has pitched it down too low.

What happens when you start with your fundamental frequency so low (i.e., 20-30 Hz or lower) is you get a loose or flabby sounding 808 bass. No amount of processing is going to salvage that. I am of course generalizing with that example, but I do see it not work more often than it does.

So do yourself a favor – step up your sample game and upgrade your library.

Let’s Get Our Relationships in Order

Assuming that you know how to get your 808’s in key with the song than that would be your first step in building a relationship with the rest of the sounds in your record.

The most important relationship that we need to forge, however, is the one between the kick and the 808. Sometimes a kick will sound great on its own but clash with the 808 you choose, so you need to make some decisions at this point

It’s best to stick with the sample that feels like it has to be in the record and work on finding another one that compliments it. So if you decided that the 808 has to stay in the record because it feels good, than you would need to find another kick that will compliment that 808.

Remember, though; it’s not just about the 808, the kick or how they talk to each other. It’s mostly about how they work together in context with everything else in the record. If they work well together and they work well in the mix than it is highly likely that the 808 is going to sound really good, which is ultimately what you want.

Sidechaining, Because Why Not?

Sidechaining is not necessarily a go-to method in mixing Hip Hop drums because of the sucking characteristics that it tends to add to the 808s. However, if done correctly, it can actually help the 808 stand out by being pulled out when you don’t necessarily need it. Sounds counter-intuitive, I know.

What happens is, because you are giving the kick space to breath you are effectively giving the 808 permission to be turned up. All you have to do is turn the 808 down whenever that kick shows it’s head and that’s where the sidechaining would come in.

If you are going to go with wideband compression for your sidechaining endeavors, just try to be tasteful with it. If you are going to make it pump, then try and time the pumping to the tempo of the track and fool the brain into believing the bass was there the whole time. It is an art in itself but I’m confident you can figure it out.

Another way you could attack the sidechain technique is to only take out the low end of the 808 instead of all the frequencies. This is a whole article in itself which I why I wrote another article about the topic. It’s definitely worth a read.

Tighten up, Fatten up or Maybe Both

I’ll be honest, If I’m producing I’ll just try and find the best 808 samples I can. I don’t want to muck around with too many plugins to get the 808 to work in the record. I think a lot of people are surprised when I tell them that I don’t have like 10 different techniques or a preset that I call on, but I digress.

If I’m working on someone elses record though the first thing I would do is figure out what needs to be done, if anything at all. Usually I have to tighten up the 808, fatten up the 808 and sometimes I have to both. Now there is no right or wrong way to approach this and in fact my approach is really just to first figure out where the sound needs to go and then try a bunch of things until something works. That’s It!

In general if I am tightening up an 808 I would probably reach for some form of distortion, saturation and maybe some compression. The combination of those 3 elements can really help to tighten up an 808. Sometimes the 808 just needs some transient accenting and some midrange harmonics to stand out and feel tighter.

Now when it comes to fattening things up, I like to use low end EQ and some form of tape saturation. I like the tape saturation for this because really there’s a couple things that it’s doing for me: It’s rounding off the edges and softening them up (making them less sharp) and it’s also adding a subtle amount (or a lot) of distortion that thickens the lower mids. It really does a nice job in creating fat bass sounds.

A side note here. I was discussing the topic of mixing 808s with my good friend Ghislain Brind’Amour not too long ago, and he was saying how the Sausage Fattener gave similar results to his 808’s that the tape emulation did for me. So that might be something worth looking into.

Going Parallel Because Sometimes It’s The Only Option

In these cases, as a last resort, I like to reach for some parallel processing because it will allow me to fine tune what I’m doing to the 808 bassline.

Sometimes I might bring up a couple of faders; one might be a distortion, and another might be an excessive amount of compression. This will allow me to control the clarity and the balance of the 808. I would just sit there and massage the two faders until I got the sound I wanted.

It really doesn’t have to stop there. In all honesty, you can have as many or as little parallel faders as you want. But as a rule of thumb, less is always more. Try to keep it simple and just focus on the balance and what’s best for the record.

Yes, unfortunately mixing 808s isn’t as complicated as maybe you’d think it would be.

If you produce your own track, just choose great sounds, and you will have an easier time mixing. If you’re mixing someone else’s record than try some of the techniques that I talked about in this article.

As a last bit of advice, sometimes the 808 you are dealing with just really sucks and will never sound that great. If that’s the case, don’t be too hard on yourself; just do the best you can.