6 Tips to Getting Louder Mixes

I’ve been pleasantly surprised with the way some new records have been sounding.  They seem to be at a level of loudness that the listener has become accustomed to but not to the point where it’s unbearable when listening.  It’s almost as if we hit a plateau in the ‘loudness war’ and we are now starting a descent. I don’t ever see us going back to the old days of dynamic range and lots of headroom but I do see us settling into a zone where we can have the best of both worlds – Dynamics and Loudness.  Maybe I’m just optimistic but I really do see dynamics becoming more and more a part of music in the future.

But alas we are still living in a world where being loud or better yet, just as loud, is still important.  It’s not just about satisfying a client who wants their stuff as loud as ‘x’ artist and you have to do what you can to compete.  It’s also about satisfying the MP3/Ipod/Playlist generation.  It’s important to be able to stand up to the big boys when your record is thrown into a pile of commercially released songs.  Granted a good song and production are important but so is overall clarity and loudness.

The problem with making your mix louder is that it’s not quite as simple as throwing a limiter on you master bus.  A limiter just amplifies the way your mix already sounds, good or bad.  If your mix is unintelligible, lacks punch, lacks a sense of depth and the balance is off then a limiter is probably the least of your worries.

Before proceeding I should mention that whenever possible,  it’s always best to seek a professional opinion when it comes to mastering your mixes.  I second set of ears can do wonders at pointing out flaws in your mixes and not only make your song better but also your future mixing as well.

It’s not unusual, especially in the learning stages of mixing, to view loudness as peak volume.  If your mix is peaking at 0 dB than you are the loudest engineer on the block right? Wrong!  It’s amazing at what psychoacoustics can do in mixing.

So how can it be that one mix sounds louder than another when they are both peaking at 0 dB?

The short answer is perceived volume or apparent volume.  One mix is actually not louder than the other, it just sounds louder.  What you are trying to do is make it sound louder while moving your peak levels as little as possible.  Some ways of achieving that are discussed below.

1. Make Room for the Important Stuff

For most songs you are going to have 4 important elements: The vocal, the drums (yes I classify these as one), the bass, and the lead instrument.  Now I’m not saying the rest of the elements are not important to the emotion or impact of the song, but what I am saying is that these will usually take up the most real estate between your speakers.  They may not always be the loudest in the mix but they will most likely be your starting point.

It’s quite common for new engineers to want to turn everything up so it can be heard but if everything is pushed up ‘loud’, it’s actually doing more harm than good.   See in order to perceive something as loud something else has to be quiet.

It’s like seeing a photo of a man and you friend tells you he’s very tall but how can you believe that if don’t have anything to compare it to?  Maybe he/she is a good friend so you take his/her word for it but let’s pretend they are a pathological liar.  Now they show you a picture of themselves beside this man and the man is clearly taller.  Knowing that your friend is 6 ft tall and seeing this man next to him/her, you all of a sudden have a better perspective of how tall he is.

But Besides perception another reason why you wouldn’t want everything to be loud in the mix, is headroom.  Every time you push up another track you are losing headroom on your master bus.  Even an extra 2 or 3 dB can do wonders for volume when you are ready to add a limiter. 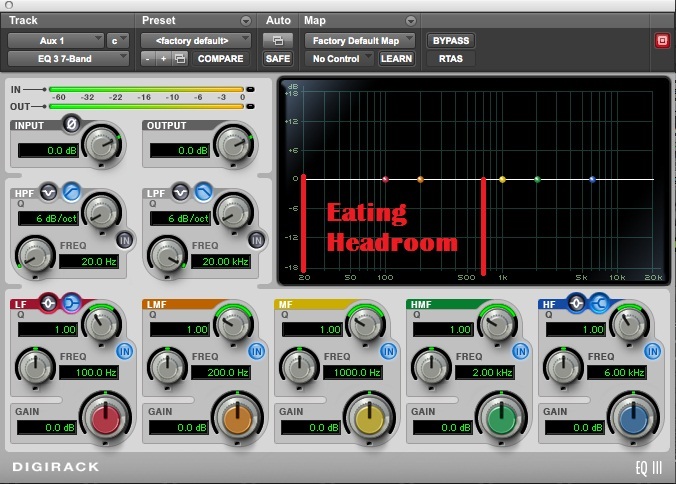 Yes it’s true that EQ can clean up tracks and add excitement but it can also help you get louder mixes.  The low end of a mix takes up the most amount of headroom.  A build up of the low end can rob your tracks of apparent volume.  The thing is though, it’s not just as simple as adding a high pass filter to everything.

You still have to be conscience of the sound itself and whether or not a high past filter is a wise decision.  A lot of times it’s the low-mids that are the culprit for holding back your mix and not the extreme low end.  Work a little bit harder in that low-mid area, you’ll find your mixes are much more audible and you’ll have more headroom to spare.

Now The Fletcher Munson curve states that our ears are most sensitive to a range of about 1-5 kHz and 3.5 kHz being the most sensitive.   Because we know that, we can use it as a guide for getting things louder when we mix.  But just because we understand that in its simplest form, doesn’t meant that is a good idea to boost everything at 1-5 kHz. Instead, you might actually have to dip something in that range so that it falls behind.

An example would be you have a vocal and it is most audible at 2 kHz but there’s a piano that is getting in the way at that frequency.  If we make a little dip at 2 kHz in the piano the vocal pops out thus making it now sound louder.  The truth is the vocal never changed you just used your new found psychoacoustic knowledge to give the illusion that the vocal is louder.

The reason why analog gear and tape is revered by so many professionals is because of the pleasing sound it imparts on a source but it also helped in getting louder mixes.  For the most part what’s happening is its adding some type distortion and maybe some secret sauce that no one can really explain.  Remember if it sounds good, than it is good.

When we introduce harmonic distortion to a signal we are adding overtones (higher frequencies) to the fundamental frequency of a sound.  By adding these overtones we can help it stand out in the mix.  Harmonic distortion also adds its own type of compression where it rounds off the peaks.  So you’re taking off some of the peaks (in a pleasing way) and your adding overtones at the same time thus giving the illusion of a louder sound and overall louder mixes.  Plus you aren’t sacrificing quality (usually increasing it) and you’re doing very little damage to the dynamics.  Try and do that with a limiter!

I’ve already discussed parallel compression when it comes to vocals but the truth of the matter is that I will use it on anything in a mix when the circumstance calls for it.

Parallel Compression or “NY Style Compression” is a form of upward compression where two identical signals are run side by side.  One signal is dry or lightly compressed and the other one is heavily compressed.  The two signals are then mixed together to taste.  We get the best of both worlds – The Dynamics that we love and the in-your-face compression people are used to hearing.

Parallel compression not only helps make things louder but it also does a good job of making sounds more consistent.  So if a sound is more consistent then it’s easier to hear or understand, meaning it doesn’t have to be quite as loud (peak volume) in the mix.  This is very important because again, if we can squeeze a little bit more head room out of a sound then we can make the track louder, over all.

In practical terms, I wouldn’t parallel compress everything and I wouldn’t recommend it either.  If you are looking for a place to start I would look to the vocals and drums and experiment with those.  If you feel like other elements may benefit then try it out, you don’t get punished for trying different things.  But also try not to over do it because the goal is not louder mixes but rather pleasing and enjoyable mixes.

In this article I have already touched on dynamics as part of a sound but what about dynamics in terms of the overall musical compilation?

Now I wish that I could tell you this was purely a mixing thing but the truth is that the producer and songwriter have to build this into the song.  We engineers can only do so much.

The dynamics in the song help the listener perceive certain situations as being louder.  So for instance you may drop the bus fader 2 dB’s for the verses and then automate it up in the chorus, giving it a much bigger sound.  You can also do this with a kick drum – automate more bass into the kick when the chorus comes in.  Really the options are limitless.

But all these little automation moves and dynamic trickery can fool us into thinking one thing is much louder than something else in the mix.  Plus it gives the listener new experiences when playing the song and also helps to better convey the intended emotion.

For instance I generally mix with about 6-12 dB’s of headroom, it changes from day to day depending on how aggressive or layed back I feel.  From here you can flip back and forth to see how you are doing.  If you are in the same ball park then you know once you add a limiter you will be just as loud as anything else on the market.

Seems kind of contradictive doesn’t it?  That in order to make it loud we have to leave a lot of headroom.  That’s right!  The loudness doesn’t actually come from the limiter but from the mixing itself.  There are the rare exceptions of course when the limiter is not transparent and has some built in distortion.  Over all though I normally set myself up to take out as much as 3 dB (MAX) with a limiter and that’s on the rare occasion, more often than not it’s about 1-2 dB of gain reduction.

Here are just a few albums of many that you can reference for loudness.  The reason I chose these is because they adhere to the modern day standard and they also aren’t crushed to death.  They are loud but still sound open and dynamic. 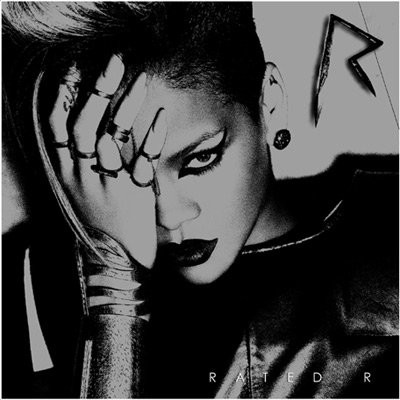 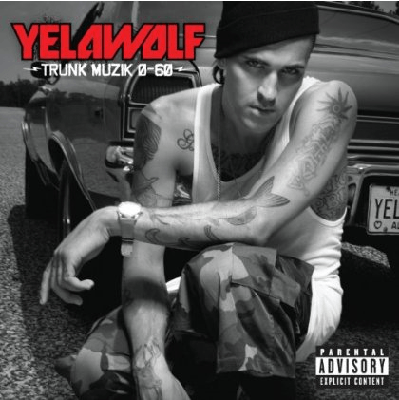 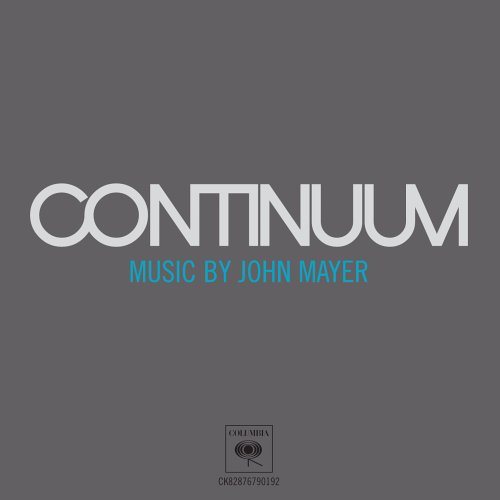 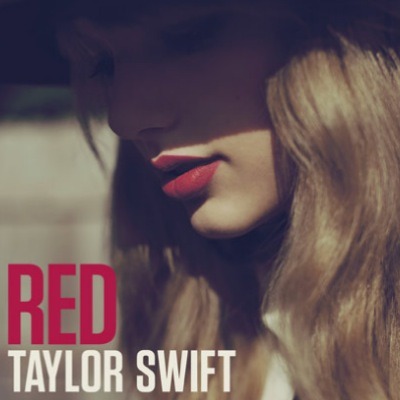 So I’m sure there are some other tips or tricks to getting the mix louder but the important thing is to show you it’s not a one step process.  For the most part it’s a collection of a bunch of different little techniques that add up to a “loud” mix.  I’m also not condoning mixing for loudness but rather offering advice to help keep your mixes dynamic and musical but also stand up to the louder records.