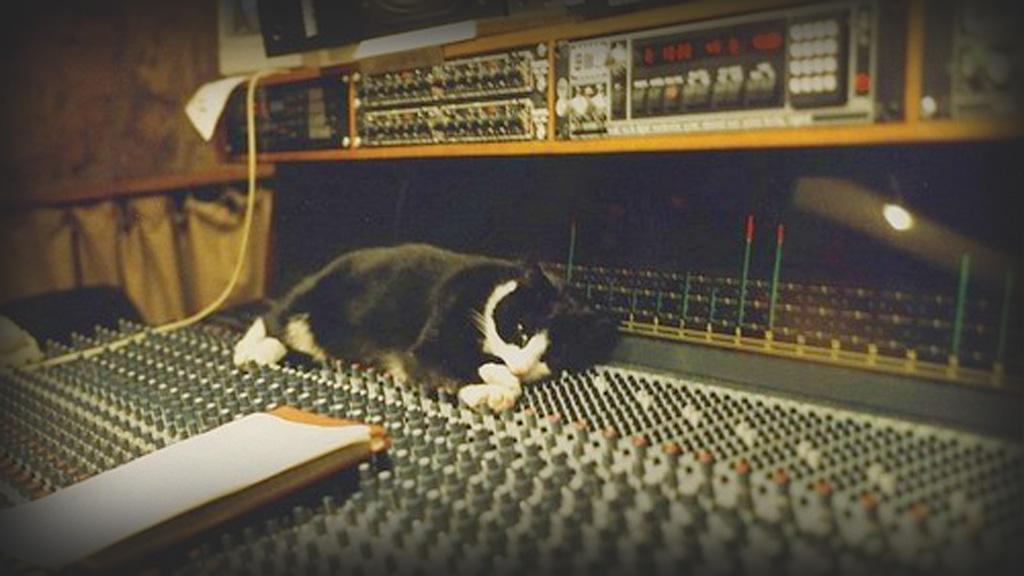 Are You a Copycat Mixing Engineer?

“It’s better to sound new than to sound good”

Ahh, what a prolific statement, don’t you think?

Yet we’re all so obsessed with what the next guy is doing and even worse, we’re trying to copy what he is doing.

Side note: Sharing ideas and inspiring one another is not the same thing as being obsessed with what settings someone else is using.

This is why you see these cycles in the music industry where as soon as one sound becomes hot, every Tom, Dick and Harry is trying to follow that trend.

It doesn’t just start at stop with the mixing engineers; it’s everyone from the top down.

As a mixer, you might actually be given projects where you are instructed to stay inside a box (no pun intended).

Even so, it’s still possible to be original and not sound like anyone else. You don’t even have to fight the music to do it – you just have to stay true to yourself and trust your instincts.

Hopefully this article can identify if you are a “Copycat Mixing Engineer” and then help you get out of that mindset.

How to Know if You Are a Copycat Mixing Engineer

So before we get into the crux of it, let’s first explore what is and what isn’t a Copycat Mixing Engineer.

Now before we move forward, let’s clear the air.

You don’t have to have millions of records sold to be a “real” mixing engineer.

A real mixing engineer is simply someone who understands that mixing is a craft and understands it’s a work in progress – not a one size fits all solution.

So a real mixing engineer could be in his/her first year or his/her twenty first year, it’s not the experience but the mindset that counts here.

Plugin presets (read here to find out why I don’t use them) are a great tool (yes they are a tool) to have when time is of the essence and you know exactly what sound you want to dial in.

And the presets I’m speaking of are mainly in regards to “Pop Vocal” or “Lead Guitar” that you will see on a compressor or EQ. I’m not talking about stock presets on Reverbs or delays.

But there is no such thing as “Pop Vocal” EQ setting.

The problem with presets is that it puts a tool in the hands of a budding musician, producer or mix engineer and allows them to “dial in” a sound without even having to dial it in.

This is a terrible concept because it completely removes the learning stage which is crucial to moving past the technical stage and moving into the emotional stage.  This is where you become fully intuitive and mix from instinct.

That’s a fair statement but what it boils down to is that a stock preset is really just someone else’s idea of how to dial in a sound.

Idea being the key word, meaning it came from their thoughts and feelings – NOT yours!

The person who created that preset did so in a specific mixing situation on a specific vocal (for example) and tailored it to the sound.

So what if the preset boosts the vocal 5 dB at 8k but really the vocal you are working with is super crispy in that 8k region and would actually benefit from a cut and NOT a boost?

You’re actually moving FARTHER away from your goal at this point.

Look at it this way:

How did you dial in a hardware equalizer “back in the day”?

You legitimately had to sit there and tweak until your ears started to hear something.

A Better Concept for Presets

I think the first thing anyone should do is try to learn the plugin at hand by playing with all the settings and seeing what they do.

With every twist and turn of the knobs you are hearing something and hopefully you are storing that in your brain.

Now, let’s say you are mixing an EDM record and you finally land on an amazing setting that got your kick drum to pop and sound super punchy.

So you start jumping up and down and doing cartwheels because you’ve just changed the sound of kick drums forever.

So go ahead and save that as a preset and call it: (Your Name)’s Super Punchy EDM Kick Drum

Saving this preset and referring back to it later is much different then loading up a stock preset.

In order to reach that new EDM kick preset you had to WORK to land on the setting that felt right to you. Every time you twisted a knob you heard a sound you didn’t like until you landed on what you did like.

Not only are you hearing the finished product of what you did like, you are also hearing something in between that didn’t work but still gave you a “sound”.

This in between sound might be useful to you later in a different mixing situation.

And Imagine if you did that 100 times, don’t you think you would intimately know that compressor inside and out?

Don’t you think you would be able to bend and shape a sound at your will because you know exactly how that compressor sounds and works?

Now calling up that preset later might not work in your new situation but that’s okay because you’re enlightened enough at this point to get in there and tweak until you get the sound you want.

Watch and Learn BUT…

Create your own ideas.

Or maybe I should say: Trust your own Ideas.

At one point I took every article or interview I read and interpreted it at face value.

So back in the day when I read a Pensado interview – way before Penado’s Place – and I was able to squeeze out a golden nugget, I used that technique literally exactly how Dave explained it.

But I was just being a Copycat Mixing Engineer.

I was looking for that “silver bullet” to solve all my problems.

I wasn’t being true to myself and to how I hear sound, I was just doing what I thought I needed to do because someone wiser then me was telling me their secrets.

As I got a little more experience, I realized that listening to other engineers techniques is great for inspiration but should never be copied exactly.

Not because I am arrogant and think I know better but simply because no matter how hard I try to sound like someone else, it just isn’t going to happen.

What was more likely to happen was I would be chasing my tail and would never be satisfied with the results I got.

With out sounding to hippy dippy, I truly believe that every one of us has something unique and special to offer the world of music.

You have your own sound inside of you and I encourage you to find out what it is.

So don’t be a Copycat Mixing Engineer, start exploring and find out what you like and what’s true to you.