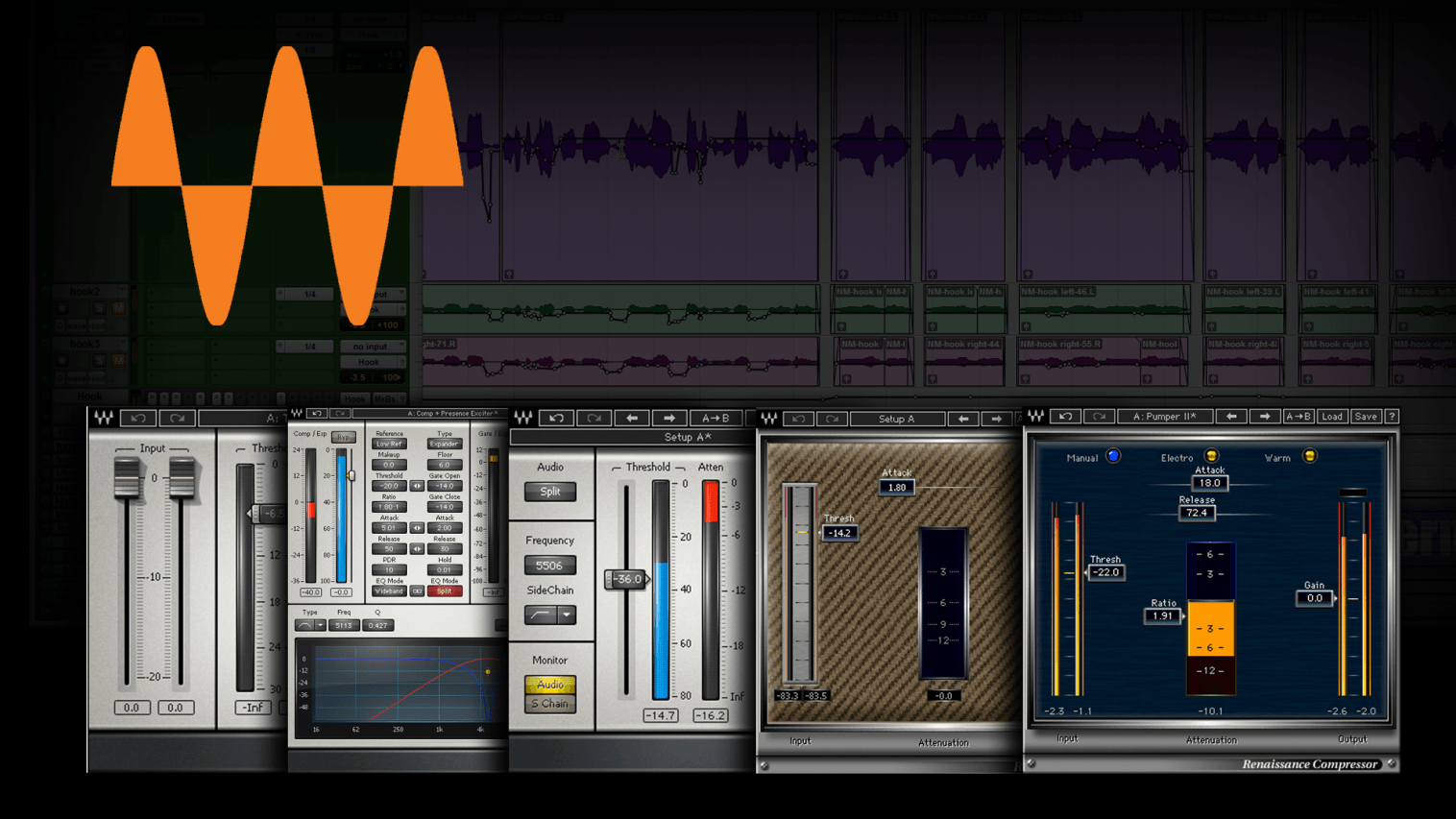 5 Waves Plugins That I Live and Die By

I was going through my Waves plugin library the other day and I was surprised because there’s really only a handful that I use most of the time. These 5 plugins I would say get used on at least 95% of my mixes.

These plugins make a difference in my mixes and just seem to work whenever I put them on a track.  At this point I’m more than used to how they sound so they are hard to replace.

Some of these Waves plugins obviously get used more than others but I would say a good portion of my sound comes from these 5 (besides my ears of course).

Another interesting thing to mention is that all of the plugins, listed in this article, are fairly simple to use. Most, if not all of them, have a very limited amount of controls, which really talks to my mixing style.

I really try to keep things simple so I’m focused more on the music and less on the gear.

Before I get into the top 5 Waves plugins I use, I would mention that I don’t only use Waves Audio products in my mixes.  I use plugins from other companies like Izotope, Slate and even the good old stock plugins from Avid.

Remember that Waves is just one company that offers great tools for mixing.  There are plenty of other companies out there offering some great sounding plugins. 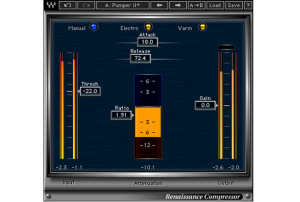 The Waves RCompressor, at this point, is considered a staple compressor and is used by many audio professionals. It can be used subtly to correct certain tonal qualities or it can be used to the extreme to get something crunchy.

I would consider this my go-to compressor for a “smoothing” type of sound.

My Favorite uses for the Waves RCompressor:

*tip* The output has an L1 style limiter built in to protect it from clipping so I will actually drive the output to get a crunchier sound. 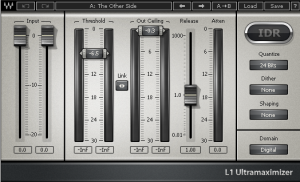 The Waves L1-Limiter, again is another staple for me. The thing I like the most about this plugin is that it really only has two controls – the threshold and the output ceiling. Of course these aren’t the only controls but they are really the two I focus on.

Another thing I like about the Waves L-1 Limiter is that it truly does sound musical. You can put this plugin on a sound and shave off peaks anywhere from 2-4 dB and you don’t notice it. I don’t hear the sound losing dynamics, it just sounds very elegant in the way it processes the peaks.

My Favorite Uses for the L-1 Limiter: 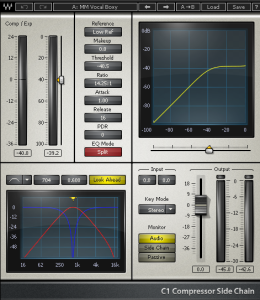 I probably should have put this one first on the list because I think I tend to use this one the most when mixing. In fact, I probably use it on every mix. It just sounds so good and often times is exactly what I need to get something to play nice in a mix.

The Waves C1-sc is a form of dynamic equalization, meaning that you can focus in on a certain frequency range and target a “problem” area. It isn’t just limited to that as it has many functions and uses but that is the function I use it for.

My Favorite Uses for the C1-sc: 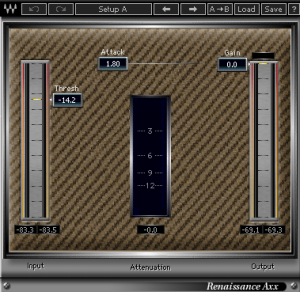 I feel like this definitely an under utilized plugin by many engineers. It might be the fact that the interface is mediocre at best, I’m not sure, but all I know is that this compressor sounds mean. I find that the RenAXX is better suited for an aggressive situation.

The beautiful thing about this plugin is that you it’s super simple to dial in. Just fiddle with the threshold and attack sliders and you should find the sweet spot pretty easily.

My Favorite Uses for the Renassaince AXX:

TIP: Don’t be afraid to let the output of the plugin clip. It does some really nice crunchy things to the sound. 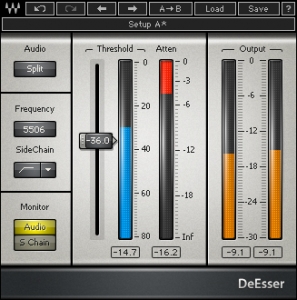 This is one of the earliest plugin DeEssers to see the light of day and for some reason it just sounds good to me. I think maybe because the sound of the plugin is a kin to the L-1 and the RComp that I feel comfortable with it. I’m not sure but if you know what you are doing, this Waves DeEsser works really well.

I tend not to use this plugin at face value like most people would. I like to use a combination of techniques to handle the Ess’s and this is sort of like a limiter for the ess’s. It’s the last line of defense in handling the sibilance.

My Favorite Uses for the DeEsser:

That’s All She Wrote

Like I mentioned earlier, I like to keep things pretty simple and despite how some of my sessions look, I really am a simpleton at heart.

The Waves Audio plugins I mentioned in this article, I feel, are the core of my sound even though they aren’t the flashy “cool” sounding plugins. These audio plugins are meant to be my bread and butter in a mix session and I can always add texture or colour with other tools.

I would say they get used on most, if not all of the sessions for the mixing services I provide for my clients

I know that even these older plugins can be pretty expensive for the average person and you really don’t need them but I prefer to have them because I like the sound.

All of these plugins can be found in the silver bundle package, which goes for $600, last I checked. But if you are patient and wait log enough, you can get the silver package on sale for about $150. This super sale comes up once or twice a year so be on the look out for it.

I guarantee you will get a lot of mileage out of these plugins.