The balance sounds right, the vibe is feeling good and the mix seems to be coming together.  Now you’re ready to start making some mixing decisions on the Drums.  But before you start treating the Drum Group you feel like you need to tweak the hi hats.  So without even thinking about it you put an EQ on each hi hat channel and Boost the high frequencies.  Maybe you’ve made your life easy and saved a preset so you don’t even have to think about it.  Does this sound familiar?

Hi Hats are meant to live in the upper register so why is it such an issue? I mean all the great mixing books of the past have a frequency chart saying to boost the hi-hats and these guys know what they are doing.

It’s definitely hard to argue there because they do know a thing or two about mixing.  The only real problem is that mixing – and music in general – has evolved quite dramatically since some of these books were published.  Most of the mixing techniques on hi hats were written for recorded performances.  Meaning that hi-hats were recorded in a studio and handed right to the mixing engineer without any major work done to them.  So in these cases the hi hats need an extra bit of sizzle to shine through the mix.

Fast forward a few years and into the 21st century.  We are now living in a world where a lot of productions implement the use of programmed drums and samples.  Even when a song is produced with live drums, it’s not unusual for some (or all) of the drum parts to be replaced with samples.

The thing with samples  is that it’s very common for them to have some form of processing, the hi hats especially.  I can’t remember the last time I had to boost a hi hat because they were already given to me sounding bright.  In fact I usually have to take some off the top so they don’t make the listeners ears bleed.  Again it all goes back to listening; mind your levels and pay attention to the balance.  Once you have your hi hats sitting at the right level, make an honest decision on whether or not they need to be boosted.  9 times out of 10 you will be amazed that they either need to be cut or left alone.

So I Should Never Boost my Hi Hats

That’s not exactly what I said; though I know by this point it probably seems like it.  It’s not a matter of boosting or cutting but what works best for that situation.  The only reason why I’m bringing this up is because I normally have to cut the hi hats when I’m mixing, all the while I’m seeing other producers and engineers boost them.

There are times when I do boost them like when they are recorded.  For the most part they just need to be opened up so that your ear catches that sizzle.  The other time I boost is when I feel like the Drum Bus needs a little high end EQ and the hats will come for the ride.  That said, I’m probably doing some cutting or maybe nothing all, on the individual hat tracks themselves.

Okay, So What Should I Do Then?

Well if you find yourself in a situation where you think you may need to cut then try these techniques below.

This is probably the most obvious solution but not the only one.  This is actually my second option most of the time.  But I would set it up two different ways and then make the decision as to which one sounds the best. 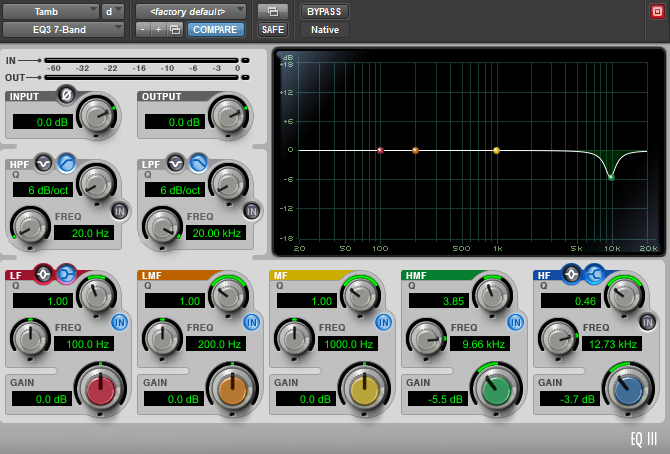 I would set up a peak filter and try to take out that annoying frequency in the hi hat that I felt was piercing my ears.  I might take out a lot when finding the offending frequency and then start to back off once I’ve found it. 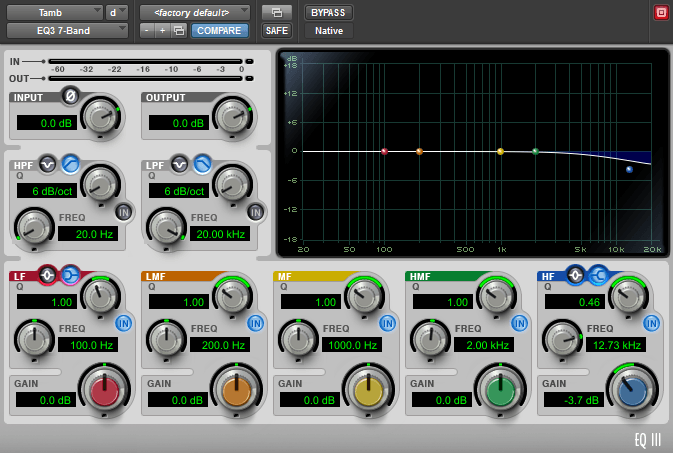 This probably the more common of the two because normally the problem is broad in the high frequencies and isn’t pegged to just one.  But experiment and see what works in your situation.

Don’t think of this as only a vocal fixer type of plugin, think of it as a dynamic EQ or a one band Multiband Compressor because that’s exactly what it is.

It can be used on just about anything that needs it and I find that it sounds great on hi hats.

Most Desser’s nowadays can be set up in a few different configurations but I normally just use one.  The great thing about the desser is it only reacts when the frequency crosses a threshold where a regular EQ would be constantly cutting 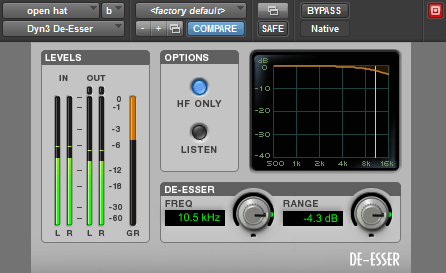 I honestly am not sure if that’s what it’s called but it acts like a shelving filter with a fairly smooth slope.  This is normally my choice of configuration because I like how it bounces off the high frequencies in a musical kind of way.  Much better than the EQ for sure.

Sometimes in mixing you really have to think counter intuitively to what seems logical.  But once you can get outside the box (no pun intended) your mixes will not only start to sound better but you will also separate yourself sonically from everyone else.  This is important because often times our job depends on the fact that we are able to problem solve sonic issues that very few people can.