I’ve received a few requests to cover the topic of mixing background vocals.  Below is a question I received from a member.

HELLO !!! can you make a video talking more about Mixing  Background Vocals (R&B).  How to EQ them so that they sit good with the Lead Vocal, what Reverb I should use, technique about Panning them (especially when you’ve Got a lot of backing vocals) and Compression technique. I think there is not enough tutorials focusing on it.

To be honest I can totally understand.  Even I was at a point where I used to over think and stress about the background vocals and how I could get them to fit into the mix.

The truth is though, the quicker I got to a minimalist approach the better my background vocals sounded.

The only time I would really put a lot of emphasis on the background vocals is if the song was EXTREMELY vocal driven, like an Accapella or a ballad with few instruments.  But even then I still don’t stress about it.

Now when I refer to background vocals in this article I am talking about vocals stacks like harmonies or over dubs; anything that accompanies the performance and not a riff or ad lib.

So here are 5 things to think about when mixing background vocals and who knows, maybe they can help improve and simplify your approach. 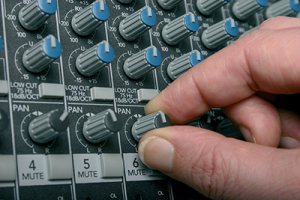 The one thing that I think is easy to do as a new engineer is to try and find the perfect spot for every part of a stack or harmony.  You know pan the high harmony 50% left and right and the mid harmony 75% Left and Right etc.

But if you think about it for a second, a harmony is just a note of a chord.

Is it realistic to record each note of a piano chord and then start panning them into their own “pocket”?

I didn’t think so.  Try and think of background stacks or harmonies as one.  They are going to accompany the lead vocal/melody and therefore don’t necessarily have to be easily heard on their own.  Just pan them hard left and hard right and focus more on the blend (to sound like a chord) and also the contrast between the lead vocals.

Piggy backing off of contrast and blend, sending the background vocals to a Group Bus can help tremendously.  Whenever you add processing to the combined background vocals it has a glue like effect, fusing them together.

Most of the time I will have some form of compression and EQ on my grouped tracks but there are times where a little more processing will be added.  This is more of a taste and mood kind of thing.

Compression – This is by far the biggest thing I do on my vocal groups.  I tend to go for a more compressed sound because I don’t like my background vocals to be very dynamic.  I want them to kind of get lost in the background and have your ear gravitate towards the lead; compressing generously tends to help me reach that goal.  If you want numbers I’m probably taking out -6 dB’s (maybe more) and a fast attack with a medium to long release.  Compressing heavily also helps to squeeze all the background tracks together, fusing them into one big fat vocal chord. 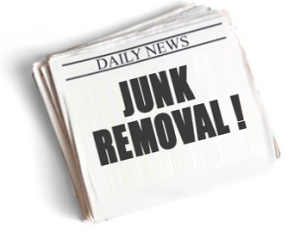 When you pan harmonies out left and right, often times you get a build up in the lower mids.  For whatever reason it just seems to be one those things that I consistently notice from record to record.

Taking care of that zone can help give clarity to other parts in the mix and can also give more focus to the star of the show, i.e. the lead vocal.  I would generally attack this region with some type of EQ or dynamic EQ depending on the severity of the problem.

But not all background vocals are created equally.

For the most part I would take an EQ and apply it to the entire Group but there are times when you have to go in and treat each track individually.

Because the harmonies are in different frequencies ranges, taking an EQ to the entire bus might actually damage the quality of the sound.  In this situation the best thing to do is treat each problem on its own and then maybe make a gentle cut on the entire Group.  Just make that judgement call when the situation arises.

Often times the role of the background vocals is to just support the lead melody and not get in the way.  You can get creative with how you mix the backgrounds so that they add a bit of mystery to the way they sound in the track.  The goal is to try and get them to move around the lead vocal.

Stereo Imaging – Putting a stereo imager on the background vocals widens them out and also makes them a bit phasey sounding.  By adding this type of texture you are making them sound less direct or obvious to the listener, making the lead vocals sound clearer.

Flanging – I would probably lean toward this effect now-a-days just because I like the backgrounds to be effected but not too washy sounding.  With flanging you can kind of achieve that sound.  If you have a mix knob just dial in the amount of flanging you want so that they become a bit more “swirly” and float around the lead vocals.

To truly achieve this effect is a lot easier said than done and I really mean that.  It’s definitely not impossible; it just can’t be explained easily in words.  What I can do is give a couple of pointers to send you off in the right direction but in the mean time, listen to some records with great sounding background vocals and get an idea of how that texture sounds.

Balance – This definitely trumps everything.  You need to get the balance right so that the vocal up front sounds, well, up front and the background vocals sound in the back.  It’s not just a matter of turning them down so that they are quieter; you really have to finesse the fader so that the vibe of the backgrounds is achieved but they support the lead vocal and don’t get in the way.

Reverb – Dave Pensado always referred to reverb as a front to back panner and I agree.  Just be conservative with it because it starts to sound unpleasant when you use a lot.  Try and add it in to a point where you start to hear it and then pull it back.

EQ – Yep, more equalization!  Now in this situation it’s a bit different.  There’s usually one frequency area that the lead vocal lives in and there are times when the background vocals compete.  I really try to avoid using the EQ but there are times when I may have to knock out a little bit around 1-5 kHz so that the lead vocals dominate that range.  It also helps to push the background vocals to the back.

So I keep harping that there isn’t really any one silver bullet to the realm of mixing.  Often times I create a new technique every time I mix a song because the last technique never seems to work on a future project.

However these 5 tips should be able to get you going when you are mixing your background vocals.  I will usually use at least one on every mix that involves a harmony or stack.  Try them out and see if they work.

Maybe you got some cool techniques of your own! I’d love to hear about it.  Leave a comment below.