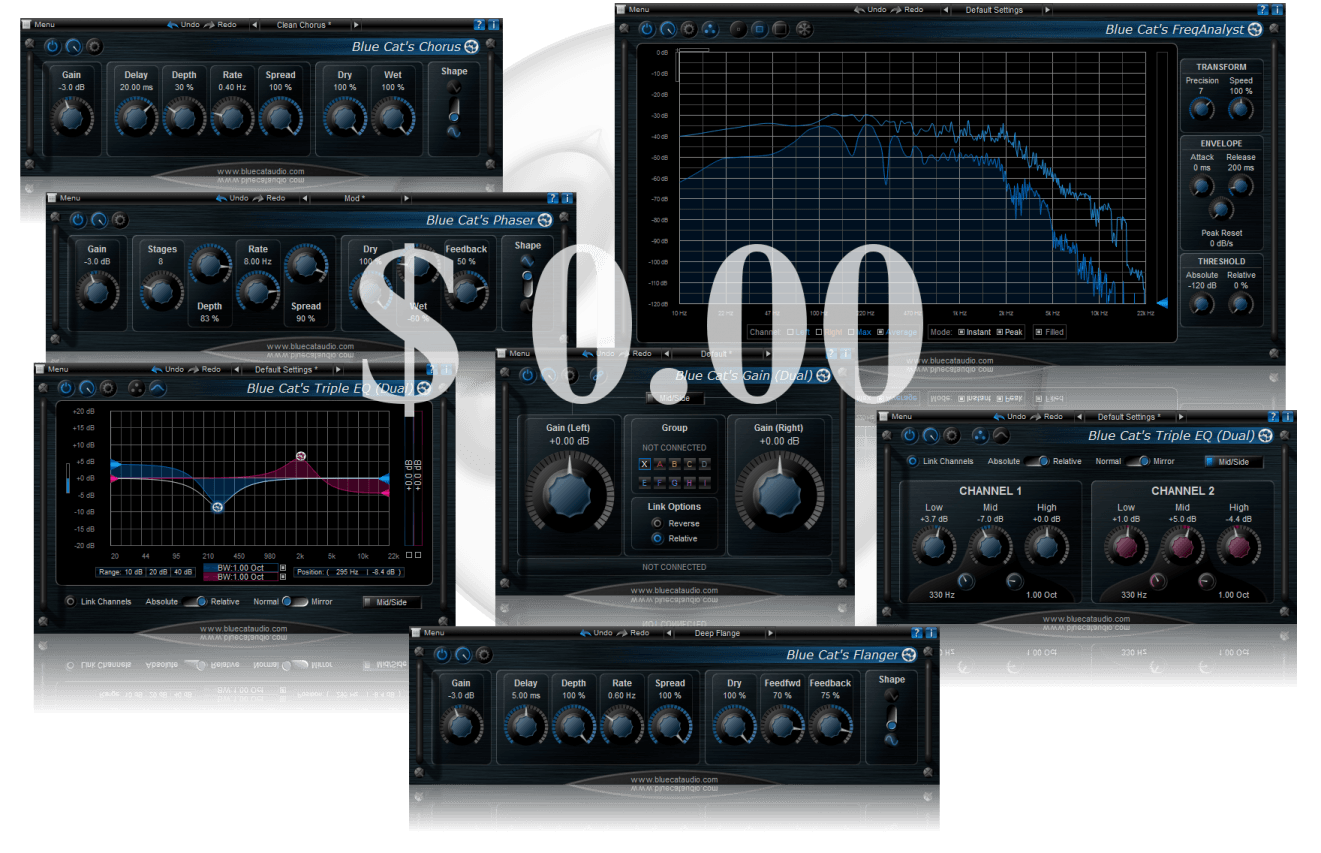 10 FREE Plug-ins That I Use the Most

If you’ve landed on this page, I’m assuming your excited to see what the best FREE plug-ins are and how they can help you with your mixes and productions.  Well seeing as this is strictly my opinion I wouldn’t call these free plug-ins the “best” but for whatever reason they work the best for my style and my workflow.

When looking for plug-ins or any other tool that will help our workflow, it’s important to understand that price is not what going to determine the best outcome.  Though I’d be lying if I said that my most expensive plug-ins suck because that’s farther from the truth.  I have some expensive plug-ins that I use all the time because the fill a void that no other plug-in can but I also have A LOT of free plug-ins that just blow away some of the big boys.

Why these Free Plug-ins?

I use these free plug-ins on a lot of my mixes and show them in my free content as well as my Premium Tutorials.

Without delay let’s get into it.

I’ve spoken about this plug-in many-a-time but it’s just simply my most used FREE plugin.  This plug-in is inspired by the smooth dynamic shaping of reel-to-reel tape recorders.  It’s purpose is to perform three functions that you would get from tape: Gently shaping overall dynamics, adding harmonic content or saturation, and controlling peak performance via limiting.  This really is a gem and I think will be viewed as a classic in years to come.

Coming in at number 2 is the Sir Elliot Mastering Limiter which is only slightly used less than the FerricTDS.   I use this on just about every mix now as my final limiter, well maybe not every mix but the ones that require the extra grit.

I’ll admit that I don’t use this free plug-in to its fullest potential because I found what I liked best about it and just stick to that.  I like engaging the clipping and then just driving the mix into the unit.  It’s not always going to sound good on every mix and it will let you know when you’ve gone too far but it’s good for adding volume without obvious dynamic squishing and zero pumping.  Plus it adds some type of color to the sound that I like – a distortion which makes it punchier. 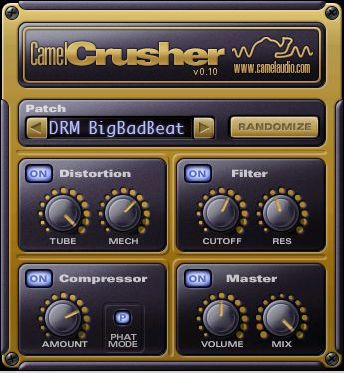 As far as pure distortion is concerned the Camel Crusher get’s used the most in my sessions and it’s funny because again, it’s a free plug-in.  Now the FerricTDS is adding distortion as well but it’s a different colour.  The Ferric is warmer to my ears where the Camel Crusher is more of that grit to help things stand out in the mix.

It offers 2 different distortion types so you can really hone in on the right colour for your sounds plus it comes with a compressor a filter and a very useful MIX knob.  It’s a very powerful free plug-in that I think should be in every engineers tool box.

Based on the site info this device enables: Classic chorus and echo effects, authentic signal path coloration and tape-delay style feedback and staturation.

Now that I’m using the Blue Cat Audio MB-7 Mixer in every session I can have access to VST plug-ins like the Nasty DLA.  I never really gave this one the time of day until I really started to experiment with it while in some Pro Tools sessions.  I have to admit that this is my go to delay now for artist style delays and for the simple 1/4 and 1/8 note delays, a stock unit works fine.

The thing that I love best about this free plug-in is that it comes with a ridiculous amount of presets so you can really get to know this units capabilities right of the bat.  It adds some amazing sound stages to any instrument including guitars, vocals, snare drums, pianos and more.  I’m sure with enough time and effort you could get other delays to mimic what this thing can do but why would you want to?  It’s all there for you in this one little unit.

The BaxterEQ is touted as being a transparent mastering and mix buss shelving EQ.  It’s funny because I don’t hear it being transparent, it’s definitely adding something to the signal but that’s something that I actually like.  I wouldn’t compare it to the SSL style emulation EQ’s but it has a similar grit, at least to my ears.

It has two shelf filters (HF and LF) as well as a low cut and high cut filter.  Another cool thing about this free plug-in is that you can control the left channel, the right channel, the mid or the sides all independently with the click of a button.

I don’t use this one on every record but it does come in handy from time to time.  Also, you don’t just have to use this on the mastering chain, this thing sounds great on vocals for example.  The sky’s the limit as this free EQ sounds just as good and sometimes better than EQ’s I’ve paid for. 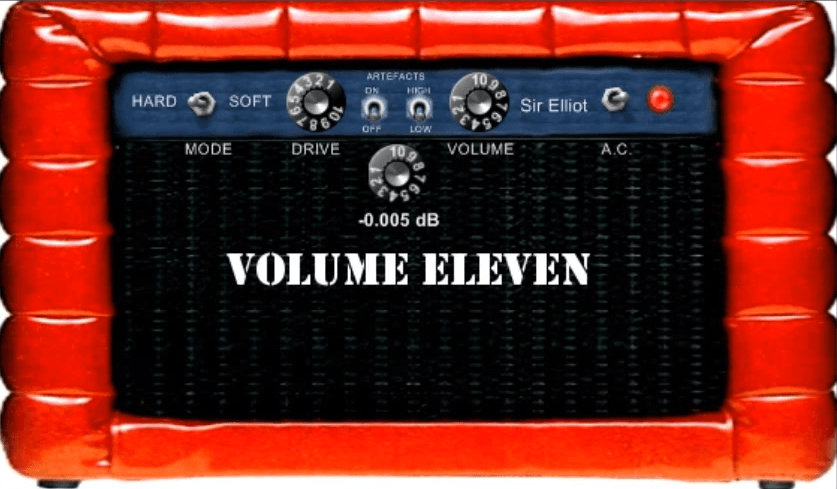 This is another gem from Sir Elliot.  The Volume Eleven is a fixed Automatic-Gain-Brick-wall-Limiter with the ability of achieving very high sound pressure levels with low distortion.  The webpage recommends this free plug-in for mastering rock music but I find it works great for anything that requires high energy.

I’ve used it on the Mix Buss for EDM, hip hop and pop/rock styled tracks but I also think it works great on the Drum Buss.  The best thing about this free plug-in is that it’s very simple to use and only has a few functions to choose from.  It is easy to go overboard so use your ears accordingly.

This free plug-in is an emulation of a “Vintage Broadcast Limiter” following the classic Variable-Mu design principles from the early 1950’s.  Variety of Sound added some great touches to this free plug-in by allowing you to have independent controls over the distortion and compression, though they do work together.

It’s a shame that this one is not closer to the top but it does take me a long time to really fall in love with a plug-in.  This free plug-in is instantly lovable and I even did a very thorough review on it here but I just know the other plug-ins that much more.  I think as time goes on this one will creep its way to the top because it is very pleasing to say the least. 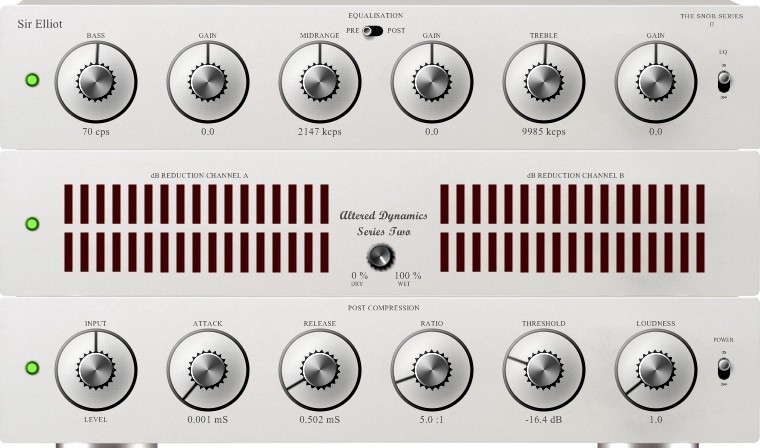 This free plug-in you won’t see talked about very much and I think that is because it is only coded for Win32 systems.  It really is a shame because this is the punchiest In-The-Box compressor I have ever heard.  I’ve heard this free plug-in do some crazy things to drums that I haven’t heard from any other compressor.  It can do some wild pumping to the sound or bring out the attack like a transient shaper would – very sharp and punchy.

The AD Series II also has a built in limiter and mix knob which is great because you can completely mangle the sound and then mix it in with the original to get some of the biggest sounds you’ve ever heard.  It is a bit finicky and takes time to really get used to the controls but once you do I think you will find some uses for it.

I had to throw in a Reverb Unit into this article and this is the one category that I think is lacking in the free plug-in world.  There are a few out there that are quite usable but nothing that stands out.  To me the Epic Verb is the best of the litter and if this is the only reverb unit you had I think that you could still make some really great records with it.

Like the NastyDLA this reverb is packed with a bunch of presets to play around with.  They are great for experimenting and finding out what texture works in context with the record.  From there you can tweak them to get them to fit just right.

These free plug-ins are guitar oriented in nature and are based off of guitar amplifier simulations.  I posted this one at the bottom of the list because I almost never use them but they sometimes can do the trick.  I would probably use them more in a production stage then in the mixing stage but they do come in handy.  I like them on guitars, bass, sometimes drums and evern effects like reverb and delay.

These are some plug-ins that get used in my sessions from time to time and sound great so I had to give them a plug.