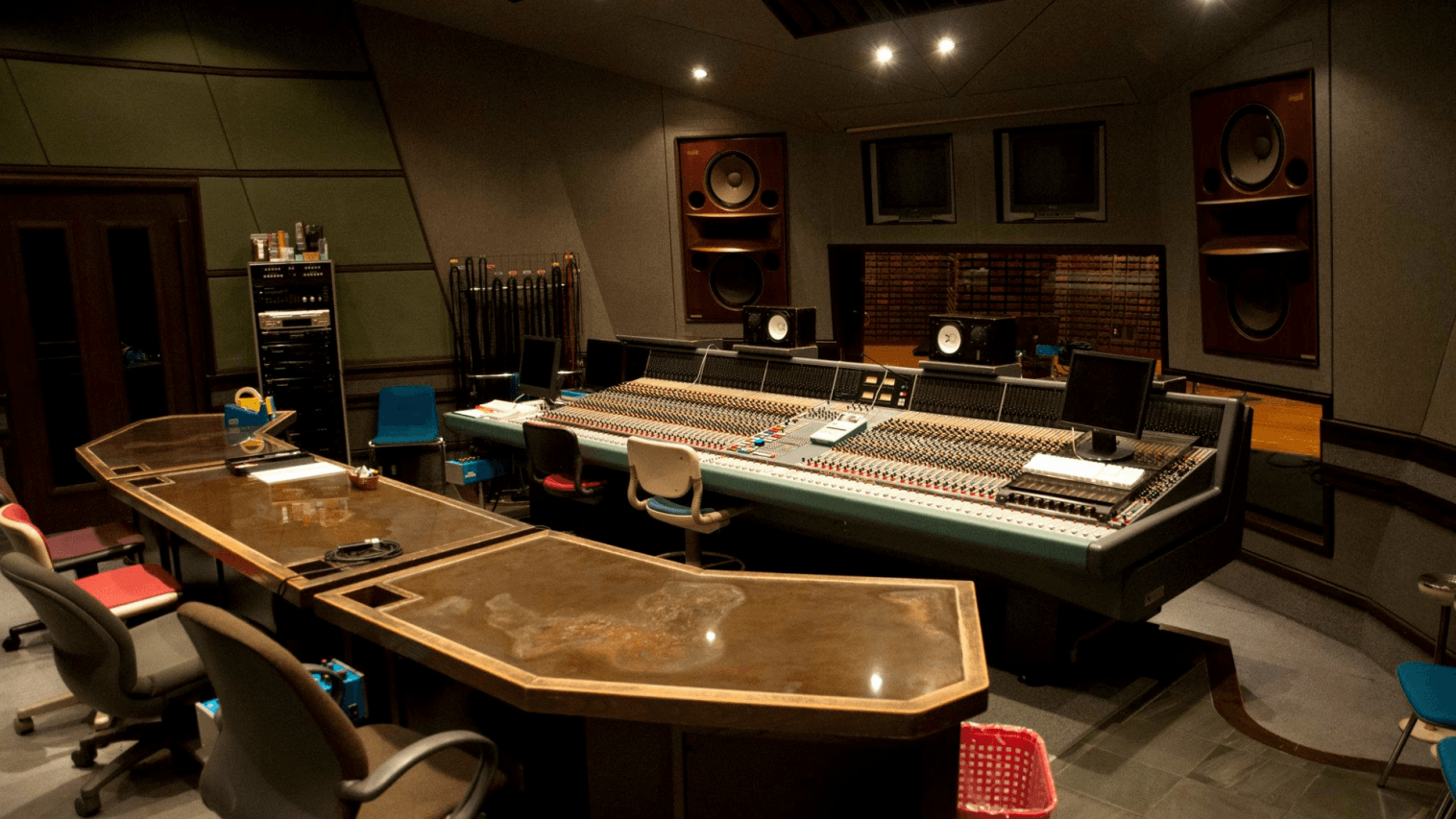 Why Your Room Is Your Best Mixing Investment

It’s not uncommon to hear an engineer say that their greatest asset is their ears.  Although the equipment and tools make a difference, none of it matters unless they have their well-tuned and experienced ears.

The only thing is that your “greatest asset” isn’t acquired overnight.  You can’t go out and buy a new pair of ears like you can a pair of Pultecs.  So we must train our ears to hear subtle differences and we must do it as accurately and efficiently as possible.  The only way I’ve been able to achieve this was through a properly treated room.

I previously touched on acoustics in an older article titled Some of the Best Kept Mixing Secrets and I do mention from time to time but I thought I should cover it some more because I truly feel it has been one of the biggest factors in improving the quality of my mixes.

For those of you with 20/20 vision, I envy you but for most others who have some issues with their sight you know how hard is it to drive without glasses.  It’s blurry, you can’t read the signs properly and your depth of field dramatically drops.  This is a kin to mixing without acoustics.

But as soon as you put on your glasses the road in front of you becomes HD.  Not only can you see everything but your confidence goes way up.  This is exactly how it is with a properly treated room.

One common question I see is “How come my mix sounds good in my room but then when I take it to the car it doesn’t sound as good?”

Usually what happens is our room is coloring our sound so much that not only is it hard to get a good balance but we often over compensate because we feel we are hearing more problems than are actually there.

How many people out there, who have acoustically treated rooms, find they actually do less to the audio now than before they had room acoustics?  You know exactly what I’m talking about!

Sometimes it may seem like I’m doing a lot because I may have 6 or 7 plugins on an audio channel but each plugin is doing a small amount of work.  What I’m doing is making small changes to mold the sound verses major repair work you seem to do with an untreated room.

Problems with Most Home Studios

The simple fact is that most mixing rooms now-a-days were not originally designed for mixing.  They were meant for sleeping, hanging out with family/friends and heck even eating.  A lot of mixing is now done inside make shift home studios and with that comes some issues that need to be considered. 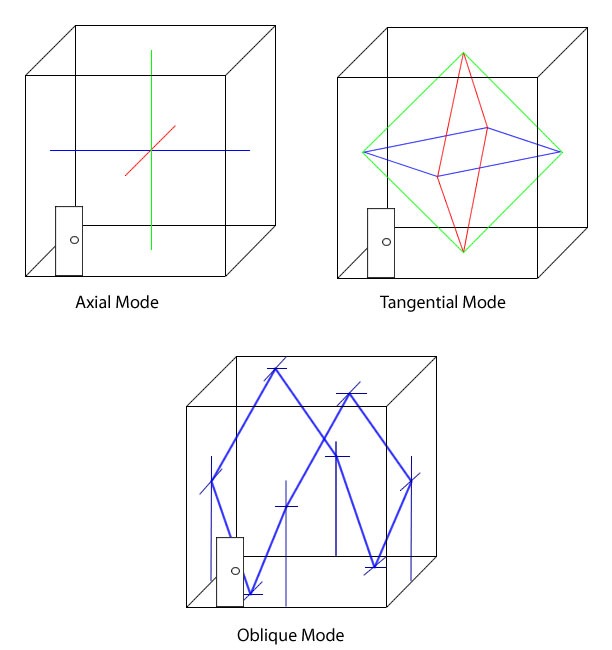 These are the resonances in a room which cause a peak or a null in a room’s frequency response. They are based on one or more of the room’s dimensions.  Ever have problems while mixing your bass driven sounds?  Then room modes are most likely your problem. 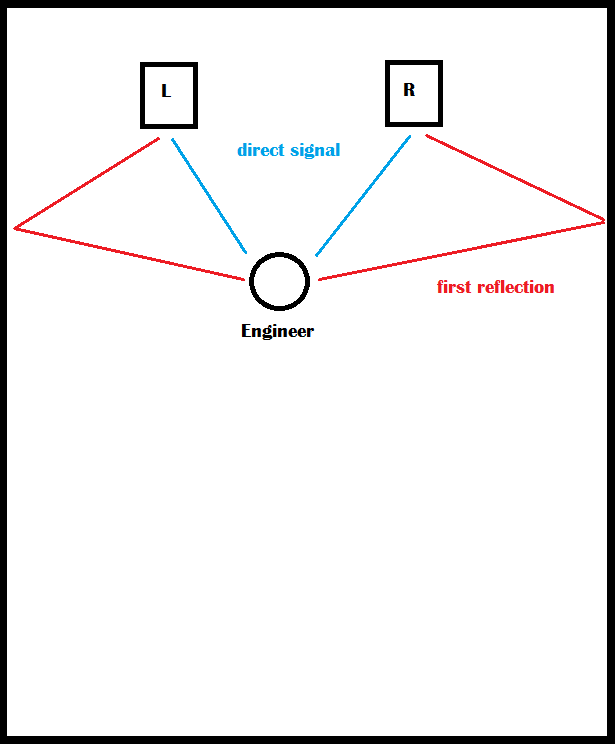 Once a sound is projected from a loud speaker it reflects off of the surfaces in a room.  Any time a sound hits a surface, for the first time, and then immediately enters your ear canal, this is known as the first reflection.  These reflections are problematic because they add comb filtering to your source which skews stereo imagery and also effects frequency response. 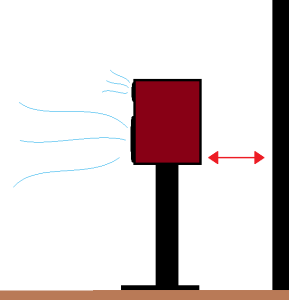 The proximity of your speaker, from a hard surface, will determine the low frequency response upon output of a signal.  To generalize, for the purpose of this article, the closer you are to a surface, the more low frequency will be added to the source and vice versa when you start to move away from the surface. 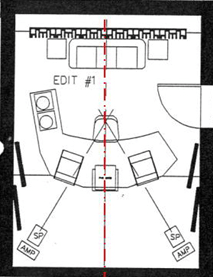 If the speaker positioning is not to set up symmetrically in a room then it makes it difficult to hear the accuracy of a sound’s position in a mix.  Not every home studio will allow for a perfectly symmetrical room position but try as best as you can.  Just avoid the corners!

In order to not confuse anyone and more importantly to not confuse myself, I’ll leave it at those four for now.  It can get more technical but once you can get a handle on those four issues then you create some really translatable mixes.  Of course skill comes into play as well but this is more than half the battle.

Speed Up Your Rate of Learning

How would you like to make more progress with your mixes in the next 3 months than you’ve made in the last 3 years?

If you are saying yes than acoustics are for you.

I wish there was some magic bullet that I could sell you that would instantly make you a pro level mix engineer but unfortunately there isn’t.  There’s a lot of great products to help with your technique but I’ll give it to you straight, acoustics are going to change the way you hear your mixes forever.

By the time I installed acoustics into my room, I really wished I had installed them a lot sooner because my mixes honestly changed overnight.  I finally understood what Punchy, Muddy, Washy, Pointy, and anything else you can think, really meant.

This is really just the first step in your room acoustics.  Hopefully it opened your eyes a little bit and you can now see the importance of “acoustifying” your room.  Honestly with a little bit of research and time you can improve your room by about 75%, conservatively.

In the future I will put together an article of a simple way that a home studio engineer can make their room sound better.

Until then, Good luck on your next mix!